Who Controls the Future of Computing? The Buyers, of Course!

I just read a mind-boggling story over at Business Insider (an arm of the respected British newspaper, The Guardian) entitled “The PC Business Isn’t Growing Anywhere, And It’s Really Scary for Microsoft.” The story is laden with interesting facts and figures about future growth for the PC industry, but the real point of the story might be best summarized as follows: 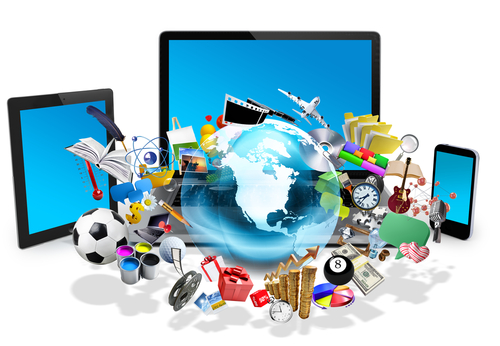 Mobile devices: too affordable and compelling for emerging markets to choose PCs instead.
[Image credit: Shutterstock 114097099]

The author of the story, Charles Arthur, quotes a recent IDC forecast for the global PC market as follows: “Emerging market growth potential [for PC purchases] is declining and coming close to that of mature regions,” where the phrase “emerging market” refers to the legions of actual and potential technology buyers outside the developed world. That same report goes on to say that “2012 marked the first year that emerging markets have seen a volume decline, and while 2013 will return to growth, it is projected at less than 1%, and with modest, single-digit growth through … 2017.”

The inference worth drawing from this analysis is that PC vendors (and PC OS makers, like Microsoft) cannot expect the rising tide of technology purchases outside the developed world to keep their boats afloat, or to help them achieve incremental success outside their historical core markets. As is so often the case in the developing world, buyers simply short-circuit the traditional path of technology adoption, and skip to the inevitable conclusion — in this case, nearly universal adoption of smartphones as their primary computing platforms of choice.

The story goes further to observe that MS has done itself no favors with the feature set and UI behavior of Windows 8, and widespread lack of adoption of that operating system in the business world at any level of commerce (from Mom’n’Pop shops up to the largest enterprises). Pricing for more portable notebook PCs — the so-called “ultrabooks” — also imposes a barrier to buy-in for the products that might otherwise drive broader adoption and use of PC platforms. Though the hit won’t be huge or damaging for Microsoft (and other major PC players) at first, if these trends continue, all will have profound reasons for worry as the decade wears on.

FWIW, I agree with this analysis, and believe that unless a compelling and affordable tablet-based Windows computer (which the Surface Pro suggests, but fails to deliver on grounds of price, weight, and battery life) appears on the market soon, the PC era may well move to a close much sooner than many might believe possible. That’s not to say I think the need or market for workstation class machines will ever disappear; rather, I believe the bulk of personal and workplace computing will migrate to sufficiently powerful mobile device platforms that can run VMs resident in a data center somewhere, and only those who need to consume lots of computing resources in-place (3D modeling, CAD, heavy data analysis, and so forth) will need to stick to traditional desktop and notebook machines as we know them today.