As I mentioned in my last blog post, I’ve been setting up and breaking in a new touch-screen convertible tablet/ultrabook Dell PC recently. Last Thursday and Friday, in fact, I found myself in a seemingly insoluble dilemma that began to assume Kafka-esque proportions as I noodled through far too many attempts to fix my problem before I finally came up with a workable solution. The cause of the problem was laughable, and surely a result of my less-than-perfect eyesight, because when I set up my initial login, I tied it to my Microsoft Live account — which starts with the string “etittel”– but because the 1980×1020 resolution on the XPS12 turns out truly tiny letters in the input box (and subsequent displays) I didn’t figure out until much, much too late that I’d misspelled that string by adding an extra “t” in the middle, making it “etitttel” instead of “etittel!” It wasn’t until I turned on remote access and started working with the UI on a 27″ screen (with 1980×1200 resolution) that I could actually see that I was the author of my own misery.

The initial symptom was that Microsoft kept asking me to verify the account through its associated email address, and I kept seeing no email to verify (because my email address, of course has only two “t”s in the middle, not three). When at last I figured out my error, I then found myself flailing about to try to get rid of the erroneous login account, and to replace it with the proper one. It took repeated trials before I realized that I had to follow a routine that’s familiar to any programmer who wants to replace one programming variable with another without losing the variable’s contents:

1. First, I had to create a second account with the properly-spelled Microsoft Live email address.
2. I then had to verify that account with Microsoft (completely dead simple, once there was an email inbox to receive the confirmation message)
3. I had to set the privileges for the new account to Administrator equivalent, and completely log out of the bogus three-t account
4. Only then could I successfully delete the account with its hilariously misspelled name 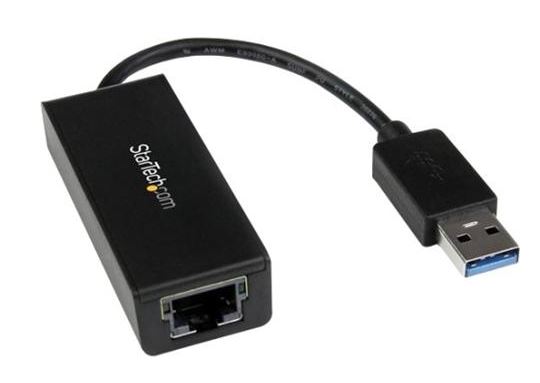 I bought this little widget to speed big downloads, but it helped me switch from a misspelled Windows Live login to its properly-spelled counterpart.

And along the way, I learned something very interesting about Windows 8’s startup behavior. Apparently, it only loads wireless network drivers after a successful login. And because the initial login for the correct account name needed to be verified for the first login to complete, I couldn’t make it work until I attached my StarTech USB3-to-GbE network interface to the new machine. It verified just fine through a wired Ethernet connection, after stubbornly refusing to do so wireless through half a dozen tries (even if I had a working wireless connection going through a parallel and simultaneous login through the other account). It really is always something, when it comes to Windows!