ShowKeyPlus for Your Admin Toolbox

Admins will occasionally need to mess around with Windows licenses as they install new images or repair existing ones. For cases where digital licensing information from Microsoft doesn’t automatically activate such PCs, a key finding-tool comes in handy. While there are many such tools around, one particularly good — and free — such tool is ShowKeyPlus, from Superfly Inc. Unlike other key-finding tools I’ve used, this one sets off no anti-malware alarms, either. 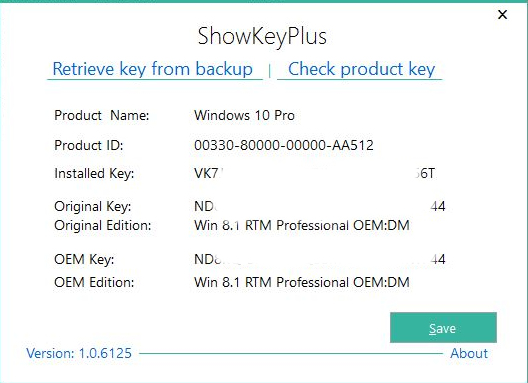 The keys are blanked for security but the OEM data is what’s particularly interesting.

As the image from my Surface Pro 3 PC shows, the tool digs into the PC’s BIOS to determine if an OEM key is in residence. If it finds such a beast, it reports that key as well. This is doubly helpful to admins seeking to manage (or re-use) keys for the following reasons:

What makes ShowKeyPlus even more useful, IMHO, is that it can also retrieve Windows product keys from backup images. To do this, however, one must mount the backup as a volume (it helps if it’s a virtual disk image of some kind), then navigate to the %windir%\System32\Config folder, and select the item named SOFTWARE there. Thus even when a system is inoperable, admins can still obtain some key information. Here’s a screencap I grabbed from a late 2015 backup image from my production PC: 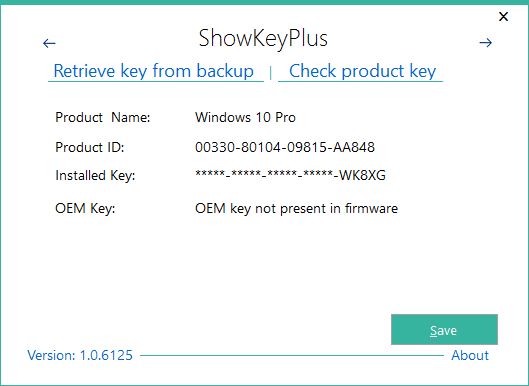