Maybe, to mangle Shakespeare, we don’t need to kill ALL the lawyers. A recent suit in Baden-Wuerttemberg, Germany, brought by its consumer protection agency has settled. It originated from the 6GB of pre-staged upgrade files for Windows 10. If you’ll recall, MS uploaded a raft of files to PCs prior to the first Windows 10 upgrade. It affected Windows 7 and 8.1 users alike. It also caused consternation for those on limited or metered Internet service plans. Not only did MS provide no prior warning, it gave users no opt-out, either. But before the court could rule against Microsoft, the company voluntarily agreed to quit such behavior. Thus, this German court case foils aggressive MS updates going forward. With the Fall Creators Update just weeks away, that means Win10 users need expect no big mystery downloads to hit their PCs. 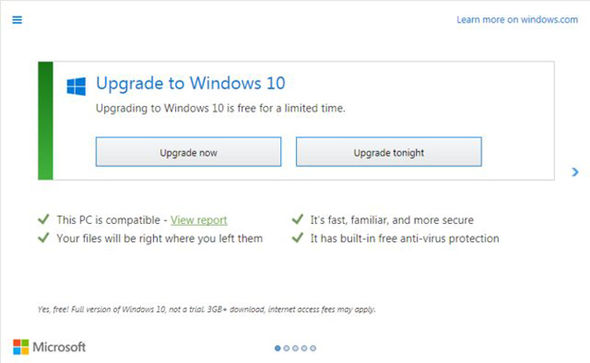 If a German Court Case Foils Aggressive MS Updates, What Does This Mean?

I got my information from the UK website, express.co.uk. According to its voluntary agreement, Microsoft is “obliged to avoid placing installation data for new operating systems on Windows users’ hard drives without their permission.” Now, MS must ask for permission to pre-stage upgrade files to our PCs. Given the time lag on some PCs in receiving the Spring Creators Update (Version 1703) this year, it may not have been a problem anyway. But it’s comforting to know that MS promises to “play nice” going forward, when it comes to parceling out big upgrade files in advance. Now, if I could just figure out when my older PCs would get the upgrade automatically, I’d be a happy camper… Maybe I should ask the Verbraucherzentrale (literally translated “User Central”) group to look into this, too?