Timing, or lack of it, is everything to Nortel

News this week that Nortel Networks Corp. is selling its CDMA and LTE wireless telecom division to Nokia Siemens Networks for a cool $650 million is not too surprising, considering the state of the global telecommunications industries and a continuing reluctance by enterprise customers to invent in new technology.

Let’s face it, more and more companies are learning to make do with what they have rather than spend any additional money on the latest gadget or technology ‘breakthrough’ that promises speed and reliability, but is missing that all-important applications return on investment (ROI) validation. In short, if the promises and numbers don’t translate into increased revenue, then smart enterprise buyers will probably take a pass on your latest products. 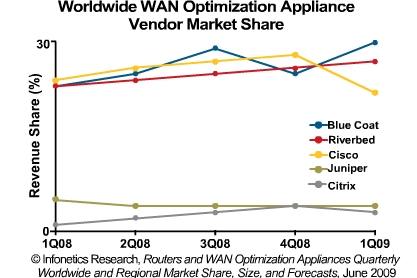 This attitude has crept into all aspects of technology, including the area of enterprise routers and WAN optimization, where Nortel has a fairly reputable stake alongside such competitors as Blue Coat, Juniper, Cisco, Expand, Citrix, Riverbed and Siemens. Nortel even has a foot in the growing branch office market, introducing in 2007 a WAN router, developed as part of a partnership with Microsoft, which includes integrated security and a slew of VoIP features that just screams unified communications (UC).

All of this may be for naught, however, as Nortel sniffs around for buyers of its other business units outside of its CDMA and LTE telecom division. The company plans to put more effort into sales to try to save these units, and its WAN optimization business, although this may be futile in this economy. In order to build sales, Nortel will have to quickly and effectively build convincing ROI cases around its router and WAN deployments, says one analyst. Unfortunately, time is not on Nortel’s side. As another analyst pointed out in referencing companies like this, it is just a case of dying slowly rather than reinventing and resuscitating a company’s brand and existence.

Nortel’s problems are unfortunate, given the company’s long history of success in the worldwide communications market and status as a global brand. The economy, of course, is the easy target when pointing the finger of blame. There are a number of other factors, however, including a rapid commoditization of technology, a focus on hard dollar benefits over technical specs, and an increasingly challenging global channel market (we know this from speaking with one wireless partner that came away very disappointed with Nortel’s channel support in Europe).

As the saying goes, timing is everything in life and is even more critical in high technology, where products come and go faster than the latest buzzword. In a report released today, Infonetic research reports that sales of enterprise routers and WAN optimization appliances were down in the first quarter, because of the economy and a shift to lower-priced routers and low-end branch office devices. Among the finding in the report:

The good news is that growing demands on corporate WANs — from telecommuters, social networks, and branch office activities -– is expected to bolster sales and stem the revenue slide this year. Continued emphasis on software as a service (SaaS), cloud computing, unified communications and other technologies that rely on network bandwidth and speed will increase the demand for WAN optimization alternatives and less costly virtual optimization techniques.

Too late for Nortel, perhaps, but beneficial to the players who are smart enough to provide deployment validation to users and focus on the benefits a solution has on the applications and content zipping over a network rather than a bits-and-bytes laundry list on a spec sheet. It’s no longer survival of the fittest, but survival of the more factual when it comes to solutions that have a place and a purpose in the enterprise world.

For more on Nortel’s slide into bankruptcy, please see our timeline spanning the past 12 years of the company’s existence.