This could be your life — with David Hoppe 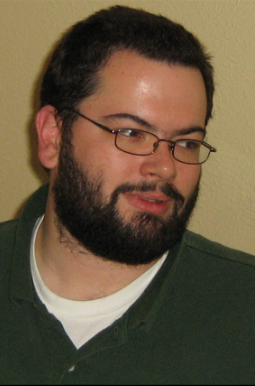 For most of us, life after high school is pretty easy.  You get some education, then you go get one of those ‘job’ things.  In some cases, you repeat.

The job trade-off is pretty easy:  Forty Hours a week for a steady pay check.

Like I said, though, that only holds true for some people.  For others, not so much.

That “not so much” — going independent — has been a recent theme on this blog.

I think it’s time you met my friend, David Hoppe.

I knew something was odd with David in 1998, shortly after I met him, when I asked if he was working, and he replied “A little bit.”

A little bit?  Really?  Isn’t having a regular 8-to-5 like being pregnant?  I mean, you are or you you aren’t, right?

It turns out that David was an independent technologist.  He builds systems, he fixes systems, and he even writes a little bit of code here and there.

What he ain’t got is one of them job thingees.

I kept in touch with David over the years, and eventually went independent myself last May.

For those of us facing corporate downsizing, offshoring, and re-organization, escape from the cubicle may seem like a fantasy.

In that case, well, this could be your life.

Question: How did you decide to go into business for yourself? Tell us about your first client.

David: My first client was a referral from a school lab partner. The business he was working in needed some custom software and we collaborated on a this project. The project started in 1997 and is still somewhat active. (this is the project that inspired me to attend that meeting of Grand Rapids Perl Mongers were I met Matt.)  Really, though, even in high school I was doing my own thing, fixing computers at a local computer store.

This was back when people built computers for fun, and if people hung out in the store, the owner would sell more stuff.  He paid me a teenager’s wage to hang out and be helpful.  Sometimes customers paid me tips, which I subtracted from my ‘salary’ in good faith.  I set up a BBS for him with two modems.  (9.6K baud!  Luxury!)

Question: After high school did you get one of those “day” job things? Why not just keep it?

David: I had a few, and a night job too. Mostly lukewarm experiences, also intertwined with quite a bit of much more interesting side work. After the last day job ended I had no prospects for full-time employment but a pile of side work lined up.  My wife had a job with insurance, and we had no children yet; we were in a good position to have one-half the family go independent. That was ten years ago.

It has not exactly been a smooth ride.  Some times things have been tough, but as an independent, you can always invest more time in your business, either finding new work or working more hours.  If times are tough, you can work evenings and make more; that is not always an option as an employee.

Question: So help us fill in the gaps here.  Your last job ended. You have no “job”; were you collecting unemployment?  How did you find your first client?  How many hours did you bill in your first week, the first month?  What made you think that would be steadier than an employer?

David: I left voluntarily, so no, I didn’t qualify for unemployment.  My first clients came from personal references or were side jobs until that was the mainline work.  I do not recall the first weeks billing, my billing system does not go back that far, I was rolling the bills by hand for quite some time before the billing system was setup.  I am pretty sure I didn’t bill any hours at all the first week, I was still in shock at having quit my job, not really sure what to do next.  I think the last regular job paycheck was for the first few days of January 2002, so its been ten years.  Within a month I was probably billing ten hours a week, and within a year I was hitting a pretty standard thirty-plus.

Question: What kind of work?

David: It was all over the place.  Mostly either IT support for small businesses, or subcontracting of subcontracting for large businesses.  All the way up to writing the code for the linux box that communicates over a modem to communicate gas flow and control information to the power company.  That was a pretty big contract; I got to come back and modernize the systems a few times, help move them to cell phone based, etc.

So basically, in addition to some programming work for big companies, I’d work for a small company. If the printer breaks, or the hard drives die, if they get a virus infection, they call me.  Companies with buildings and employees and marketing budgets are a whole more expensive than little ol’ me in my station wagon.

Question: How do you decide how much to charge?

David: Randomly… mostly based on how much I thought the client would pay. I had one client tell me to raise my rate, that is an advantage of having good clients, they want to help you as much as you help them. I usually ended up undercharging which put the client and myself in a bad position.  Undercharging is worse than overcharging.  With undercharging, the client becomes dependent on you (and they can’t afford to go to anyone else) — it’s just not sustainable.  Eventually you need to raise the rate or drop the client; it’s a difficult choice and a hard conversation, either way.

Overcharging is not so bad, if you don’t get the client so be it.  Determining where the middle is, that is the hard part.  The middle is bigger than you think, it starts at what you can live with (not what you can survive on, what you can thrive on) and goes to unreasonable.  Unreasonable shifts over time and it is relative to you more than the client.  Don’t feel bad if the client can’t afford the rates — that is not your problem.  Really. It’s not.  They have bigger problems and you don’t want to get sucked into their mess.

When you fill your time and have to pick and choose projects it is a sign that you are under charging.  Also note, you should never start low to “get in the door,” the door will slam shut and you will be stuck.  Crawling out a window is a perfectly valid option at this point.

It is a disservice to the client to under charge, you may feel you are giving him a good deal and feel good about it.  However in the long run if you can’t survive you will not be available when the client needs you.

There is a lot of weird advice available in this area too, most of which should probably be ignored.  Two things to look to for rates are what the market is willing to pay, what your competition is charging, and how busy you are.  If you are too busy on billable work, charge more!

Question: How many clients do you have at a time?

David: It depends on the type of client, and how you count. Six months ago, I was supporting ten companies.  My biggest client was perhaps one day a week.  Right now, I’m working for one major client forty hours a week, and weaning off a few of the older clients.  It’s all tradeoffs.  Right now I have more risk, but I’m not exactly complaining about the hourly rate, if you know what I mean.  (In my evenings, now, I’d rather develop products for mass commercial sale.)

Question: How do you budget? Plan?

David: Budget? Plan? what are these strange thing of which you speak? (Matt adds: That’s hilarious. 🙂 )

No really, it is good to plan.  You need to plan, my best year ever I set a crazy goal and wrote it down.  I hit my goal and then some.  The next year, I skipped the whole goal setting thing and slipped.  A lot.  There were other things going on, life and whatnot, but you need to make goals.  Write them down, it really helps.

Goals are good, planning is what makes things happen.  Depending on current projects, I will review monthly or weekly.  Making a plan for how much I need to work, filling in billing sheets with the plan then as each day is done, I can see if I did what I wanted or slacked off too much.  Getting into a good plan, do, measure cycle is important for me.  When I “forget” to do this things usually slide and I will put things off until I notice the hard way that I need to get back into a planning cycle (billing time is a bad time to notice you have been slacking.)  Billing goes a lot easier when I plan ahead too, its more fun to see the plan come together and I do not put off billing and recording work completed.

Don’t read me wrong I am not a super organized neat freak.  I do my best to find simple systems that work for me, recording mileage in a note book, I have one per car.  A spreadsheet where I can see my plan for the week, as the week progresses I update it to reflect what really happened.  I also have a billing system that I record work in for creating invoices.  A few custom reports that developed organically over the years help me keep tabs on how I am doing.

Mostly I use a spreadsheet at the beginning of the month with a list of what I expect for that month. Plug in the expectations, then that gets implemented. The spreadsheet is good when my wife and I plan out the month it is a good impedance match for our most effective communication methods.

Question: This has been great David.  Would you like to do this again in a few weeks?