It’s been two weeks since I did my post on the Jimmy Buffett Life.  Some of the ideas, like radically downsizing our lives and embracing an itinerant career, really resonated with people.

But they had, you know, concerns.  As one friend of mine wrote “The only thing that bothers me is that it sounds fantastical, even though I know people who’ve done it.  It would be so cool if you had a few quotes from people who’ve tried it.”

Other concerns I heard were along similar lines.  Things like “That could never work for me”, “I wouldn’t know how to start”, “That’s too risky”, or, perhaps, more honestly, “I’m too scared to think about it.”

Diving into a Jimmy Buffett lifestyle (or even moving in that direction) can be a scary thing.

So i’m trying to introduce you to a few people who have done it, and done it well.  Last week, I interviewed my colleague and friend David Hoppe. 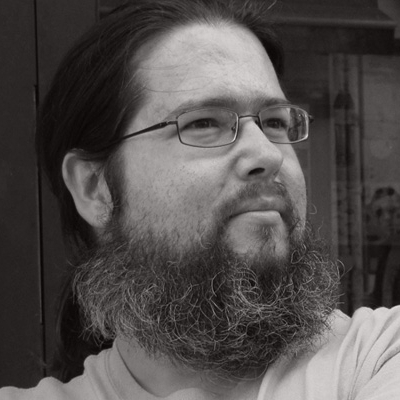 After four years of working as a staff programmer at IBM, J.B. Rainsberger left to become a programming trainer and later independent consultant.  At the same time, J.B. brought the international conference franchise XP Day to North America. In 2005, he won one of the first two Gordon Pask Awards for contributions to the Agile Practice, one year after completing JUnit Recipes, the best-selling Java unit testing book of its day.

Then in 2007, at the age of 33, J.B. did something surprising: He retired and moved to a town of 9,000 people called Dauphin, Manitoba, Canada. You’ve never heard of it. Neither had he.

You might think “of course!  He is clearly some uber-genius who earned millions of dollars!  I could never do that!”, but J.B. has been very open about his lifestyle; that he is “retired, not rich” — he even blogs tips and tricks on living something close to the Buffet life.

Matt Heusser: Giving it all up and moving to these small towns at 33 is impressive, J.B. What made you want to do it?  What were the first few steps you took to get there?

J.B. Rainsberger: I didn’t like my job and I didn’t like where my career was headed: I saw a Morton’s Fork of either long hours at a huge company like IBM climbing the ladder or selling low-quality, commoditized programmer training to clients like, well, IBM… it didn’t leave me feeling particularly fulfilled. I wanted something else, but I didn’t know what, so I figured I should have options. (I guess I discovered Real Options without realizing it.) In my life, my job restricted me the most, so I assumed I’d do better without one. I read “Rich Dad, Poor Dad“, “The Wealthy Barber” and “Your Money or Your Life“, books which gave me the idea that I ditch my job forever. We ran the numbers. We realized that we couldn’t afford to retire in Toronto: $500k for a house alone made it a non-starter. The spreadsheets told us we’d retire in our late 50s at the earliest, and who could rely on a long-term projection like that? I wanted to know what it would take to retire sooner.

Around the same time we noticed something about our lives: we lived almost exclusively along a 2-mile stretch of Bayview Avenue in Toronto, covering five subway stops. We spent 95% of our time there: grocery store, bank, mall… we did everything else online. If we had voluntarily contained our lives to a 2-mile stretch of a single avenue, then why not Main Street of a small town? It seemed feasible, and a little bit too good to be true, so my wife, Sarah, looked for places to live. We found one, and after two separate week-long visits to try living there, we moved there. Nine months later, we had retired.

Matt Heusser: Now when most people hear “retired”, they think either a company pension or living on the interest from a huge savings account.  Knowing that the stock market has provided negative returns for the past ten years (and ‘stable’ investments are close to zero), I imagine that you mean something a little different.   Could you tell us what retirement means to you, and how you got there?

J.B. Rainsberger: I started with the idea to measure wealth in time, not money: how long can you stop working before you need to work for money? If that’s 6 months, then you can retire for 6 months. You’re “6 months wealthy”. That led to the idea of serial retirement: take 6 months off, then work for however long it takes to take 1 year off, then work for however long it takes to take 2 years off. During my time off, I reasoned, I could figure out ways to make money that didn’t require ongoing work, so-called “passive” income, and that would lead to longer periods of retirement. (Not really passive, but really, really high-leverage. I estimate my current hourly wage at $1,000 to $1,500. Not bad.) Retired, then, means “indefinitely wealthy”: for the foreseeable future, and as long as the economic system doesn’t collapse, I don’t have to work to pay for our basic living expenses. In order for this to fall apart, something so significant would have to happen that losing passive income wouldn’t crack the top five our worst problems. To earn the money to pay our basic living expenses — housing, food, taxes, insurance, communications, modest entertainment — I work less than 20 hours per year answering emails from the manager of our single-family rental houses in Dauphin.

Matt Heusser: What kind of profit can you make per month on a rental property?  I mean,  once you provide for maintenance, pay the mortgage and property tax bill, how much is left over?

J.B. Rainsberger: Not many markets offer 10-15% annual cash-on-cash return like Dauphin does. It provides a steady stream of renters, and we bought houses that cost on average about $40k, allowing us to diversify with as little as $250k. We have no mortgages, which are profit-killers on these tiny houses, although they also cost relatively little in interest. (How much interest can you pay on a $30k mortgage, really?) We own six rentals at present and profit about $25-30k per year, which pays for the basics. We learned this by buying a house for ourself, leaving it vacant for a year, then having to rent it to meet insurance policy regulations. $600/month in rent and no mortgage meant about $5,000/year in profit. If we could do it once, then why not try again? It worked. And again? It worked again. We found the market at just the right time: the houses now cost about 50% more on average, and so not only do we have good cash flow, but the houses have appreciated enough to give us 5 years or so of slack in case we have to sell them. You probably couldn’t do that in Dauphin right now, but I’m sure you could do it somewhere else. Opportunities exist everywhere.

Matt Heusser: Say someone is reading this blog series, they want to change their life, and sees something appealing in these ideas, but they don’t know where to start.  Between the mortgage, the two cars in the driveway, insurance, taxes, utilities and food, they’ve spent $40,000 a year without leaving the house.  What advice would you give them?

J.B. Rainsberger: When we realized that we couldn’t retire in Toronto soon enough, we had to really re-evaluate our life priorities. I started with the premise that we could more easily spend less than earn more, but how low could our cost of living go while maintaining a lifestyle we could enjoy? We did the hard work. It took three weeks of debating and soul-searching to choose the three things in life that we absolutely had to have. Everything else could change. We felt this gave us more options. In the end, we looked for a place to live where houses cost less than $50k, there was high speed internet/digital cable TV (our communication and modest entertainment) and I could bowl regularly (I grew up as a competitive bowler and wanted to get back to it). For everything else, we tried to open our minds to possibilities. “Here’s a crazy idea…” became a regular conversation starter at our house. About six years later we began living a lifestyle that many people want but believe that they can’t have: we travel Europe for months at a time, I spend some of that time doing interesting work with clients, we eat well, we drink well, and our worst problems amount to whether our luggage arrives on time at the airport and whether we can find decent cappuccino near the hotel. First-world problems indeed.

We haven’t had it easy the whole time. We lost about $100k on a failed business. We lost about $10k on two houses. We had a tenant trash a place and steal the fridge. Still, when we tell people the sequence of events that led us here, you couldn’t sell that script in Hollywood. By speaking at user group meetings, I caught the attention of a conference organizer who invited me to give a keynote talk. At that conference I met a 20-something poker-playing salesman who liked hanging around with geeks. I offered him a discount to attend the first XP Day in Toronto where we hammered out in two hours a basic agreement for him to work as my “agent”. At that conference we placed a subcontractor with a client. Six months later we did it again. Six months later we placed four subcontractors with a huge client for 1.5 years. All that mostly-passive income — I processed expense reports and deposited cheques for a living — bought our rental properties, as well as the house in which we live. Now I get to work part time doing what I enjoy, and when I decide that I don’t want to work for six months, I don’t.

So let me give your readers two kinds of advice: the long-term pie-in-the-sky kind, and two things they can do right now.

Now, two things you can do right now. First, buy the book “Your Money or Your Life“, read it, and you know those exercises at the end of each chapter? Do them. Take them seriously. Do them all. Yes, all. Really. Your life depends on them. Next, buy the board game “Cashflow 101“. Yes, hundreds of dollars for a board game. Do it anyway. Play it with your family, with your friends, with anyone who’ll play it. Yes, really.

Matt Heusser: Thank you for your time today, J.B.

J.B. Rainsberger: You’re most welcome, Matt. I hope your readers find what they’re looking for.