The cloud hype cycle will take the industry for a ride 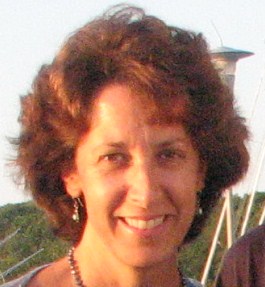 If you think cloud computing is coming on strong, well, you ain’t seen nothing yet. Analysts at Gartner Inc. predict that worldwide revenue from cloud services will balloon from $58.6 billion in 2009 to $148.8 billion in 2014. Both the speed and scale of enterprise deployments are accelerating, with multi-thousand-seat deals becoming more common, said Ben Pring, research vice president at the Stamford, Conn., firm.

Progressive enterprises are envisioning what their IT operations will look like in a world of increasing cloud service use, which was “highly unusual a year ago,” Pring said. As a result, Gartner is “seeing an explosion of supply-side activity, as technology providers maneuver to exploit the growing commercial opportunity.” There’s no doubt: With a forecast like that, cloud services is clearly a business to be in.

But — and it’s a big but — if we put those numbers on Gartner’s own hype cycle, the industry will soon teeter at the “Peak of Inflated Expectations” (the highest point on Gartner’s hype cycle new-technology adoption curve) And if the model proves true, 2015 looks like it may see a financial slide into the “Trough of Disillusionment” (the lowest point on the curve, directly following the high), perhaps owing to persistent data breaches and the associated financial liability for interruptions in the cloud that prove beyond one’s control.

So, what should an enterprise do if a provider goes down? Sue the provider, advised Robert Parisi, senior vice president and cybermedia product leader for Marsh Inc., an insurance provider in New York. Where lots of experts see grey, he sees black and white: “If you render the service and you fail to render it, and it causes direct physical or financial harm, that’s your responsibility,” he said.

Community clouds are forming to provide more assurances to customers in particular industries — financial and healthcare, mainly, said Tanya Forsheit, founder of the InfoLawGroup in Los Angeles. Perhaps these will populate the “Slope of Enlightment,” (the upswing in the hype cycle curve, following the Trough of Disillusionment), where interest begins to build again as cloud providers “compete to provide better security, privacy and better assumption of liability at a price — of course, at a price,” she said.

Over the course of the next five years, enterprises will drop $112 billion on Software as a Service (SaaS), Platform as a Service (PaaS) and Infrastructure as a Service (IaaS) combined, Gartner estimates. Financial services and manufacturing are leading the spend, followed by communications and high-tech industries. The public sector also is clearly interested in the potential of cloud services, driven by a federal government administration that has all but washed its hands clean of owning data centers.

The trend to cloud adoption can be attributed in part to financial turbulence over the last 18 months, but more fundamentally to the challenges of managing complex, custom, expensive IT solutions in-house, Pring said, “while cloud computing services have matured to become more appropriate and attractive to all types of enterprises.”

However, “many enterprises may be examining cloud computing and cloud services, but are far from convinced that it is appropriate for their requirements,” Pring said. He sees this as an opportunity for traditional outsourcing providers to retool their offerings into utility-based cloud services, while others wonder how the deeper issue of shared liability will be resolved.

Only then will we all be able to relax on the “Plateau of Productivity” (when the technology is mature on the hype cycle).