Lustre as a real storage system 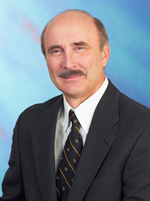 In the high performance computing (HPC) world, Lustre serves as a clustered file system meeting needs for extremely large numbers of files and extremely large file sizes. The problem is, Lustre has been used primarily for “build your own” storage systems with questionable support.

Xyratex last year signaled its commitment to Lustre when it acquired ClusterStor, a startup including founding members of the Lustre team Peter Braam and Peter Bojanic. Braam and Bojanic remain at Xyratex.

Xyratex has a long history of delivering components and systems to OEMs for a wide range of products. Its OEM partners include NetApp, IBM, Dell and EMC. Offering the ClusterStor 3000 is a major step for Xyratex because it matches a need in the market for HPC storage with a complete system based on a fully supported version of Lustre.

Like Xyratex’s other products, ClusterStor 3000 will be sold through OEM partners. None have signed on yet, but Xyratex executives expect it to hit the market late this year. Xyratex positions ClusterStor as competitive to Lustre-based systems from DataDirect Networks and NetApp’s Engenio division.