VMware inserted some new language in to its VMworld 2009 sponsor and exhibitor agreement that caused some industry insiders to wonder whether the upcoming show will be as hot a destination as in years past.

In a blog post For shame! VMware is now banning competing vendors’ products from VMworld!, desktop and application virtualization analyst Brian Madden highlighted language that states exhibitors and sponsors can only discuss products which are “complementary” to VMware’s, where “complementary” is defined as “products/services that do not overlap/substitute with VMware’s products/capabilities, and help expand the reach and solution scope of VMware’s capabilities solely as deemed by VMware.”

With this move, VMworld will no longer be a “true industry-wide virtualization event” like it has in the past, Madden wrote, but simply “a big rah rah hug-fest.” END_OF_DOCUMENT_TOKEN_TO_BE_REPLACED

Can you afford vSphere?

vSphere is out, and it contains lots of new features and functionality. But can companies afford to upgrade right now?

vSphere is a great release — if your hardware is supported and you have the money you may need to pay for additional licensing and training. If you do, then by all means upgrade and check out all the new features and functionality that is has to offer. If you don’t, consider these issues:

END_OF_DOCUMENT_TOKEN_TO_BE_REPLACED 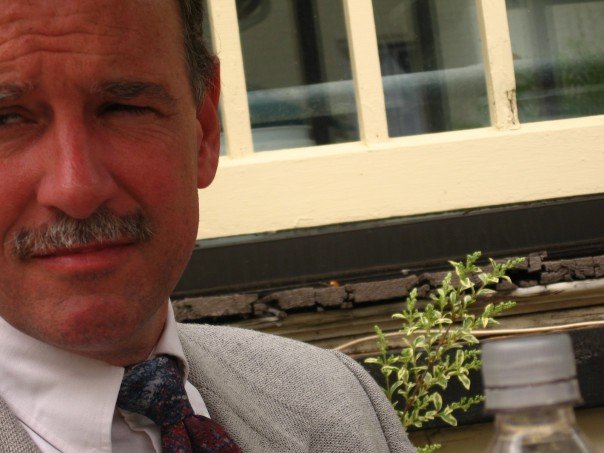 Have you ever wondered why Microsoft cares so much about server virtualization? After all, it’s only a software representation of a physical machine.

Microsoft has been very content over the last nearly 30 years letting the likes of Dell, Hewlett-Packard and IBM build physical servers with nary a care. When VMware introduced commodity server virtualization back in 1999, Microsoft hardly batted an eye. So what’s happened to make Microsoft not only care, but care enough to invest millions of dollars into their own server virtualization solution?

It’s all about control.

END_OF_DOCUMENT_TOKEN_TO_BE_REPLACED

Get virtual with Sid Smith

Looking for another expert perspective on server virtualization? Sid Smith, who runs the Daily Hypervisor, now has a new blog here on IT Knowledge Exchange.

Virtualization with Sid Smith will focus on the storage, networking and other issues related to deploying and managing VMware, Hyper-V and Xen environments. His first post is about upgrading from ESX to vSphere.

In addition to writing for two blogs, Smith is also a senior systems engineer with VIRTERA, a New York-based solutions provider, and the author of an upcoming book on virtualization. He’s been working in virtualization for nearly a decade, so check out what he has to say.

One of the most anticipated features in the next version of VMware Virtual Infrastructure, vSphere, is Fault Tolerance, but VMware engineers caution IT pros to use it sparingly.

During the New England VMware User Group meeting in Newport, RI on April 30, VMware engineers who gave a session called “What’s Next for VMware Virtual Infrastructure” said not to use the upcoming fault tolerance (FT) feature as a general replacement for High Availability because it requires more resources. Instead, only use it where absolutely no downtime can be tolerated.

END_OF_DOCUMENT_TOKEN_TO_BE_REPLACED

Microsoft: With vSphere, now we’re even cheaper than VMware!

Microsoft is nothing if not persistent.

The folks up in Redmond have fired yet ANOTHER salvo against VMware. This time it’s in the form of a blog post by Edwin Yuen, the senior technical product manager for Microsoft’s integrated virtualization team. (You may know him as “Laughing Guy” from the now-notorious “Microsoft Mythbusters” video.)

Microsoft has always said VMware is more expensive than Hyper-V, and Yuen uses the upcoming release of vSphere 4 to drive that point home even further in his post, “VMware vSphere pricing – Meet the new price; same as the old price, only more.”

END_OF_DOCUMENT_TOKEN_TO_BE_REPLACED

Microsoft TechEd, virtualization and you

Windows 7 is supposed to be the star of next week’s Microsoft TechEd show in L.A., but the conference will also have a ton of stuff for all you virtualization users out there.

Some sessions will focus on Windows Server 2008 R2, Hyper-V R2, System Center Virtual Machine Manager R2 and other products. Others will cover cloud computing, green IT and more hot topics in virtualization. I’ve just gone through the entire agenda to set my schedule, and I’ve picked out what look to be some of the most interesting sessions:

I attended the New England VMware Users Group meeting in Newport, RI on Thursday, and as usual, I was one of only a small handful of women there. 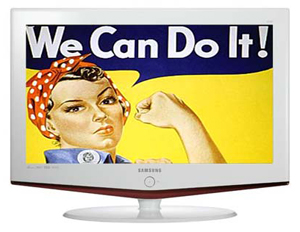 Sure, the whole tech industry is male dominated, but it seems even more so at VMware events, where the females stick out like sore thumbs and get stirred at like alien beings on a foreign planet.

My “outsider” paranoia was made poignantly clear when the older gentleman sitting beside me during lunch asked out of sincere curiosity, “So, why do you write about technology? Wouldn’t you rather be writing about fashion or something?”

My imaginary response was “Why, Yes! I would also love to spend my days writing about the latest additions to the My Little Pony collection and playing with Barbie dolls.” In reality, I was too insulted to think of anything witty to say, and was trapped in a flashback to when my brothers told me I couldn’t play G.I. Joes because I’m a girl.

With that, I made it my mission to speak to almost all of the women at the event about what they do and their virtualization projects. Which means I spoke to three women.

END_OF_DOCUMENT_TOKEN_TO_BE_REPLACED

Face-Off: VMware vs. Microsoft in the hypervisor wars

Why virtualize? There are many reasons why it’s beneficial to virtualize your environment, but the current swine flu scare is highlighting a very good reason.

A virtual environment has very few physical touch points, meaning you can administer and use the environment from anywhere you can get a secure network connection. This is particularly important in situations where it’s not safe to leave your house.