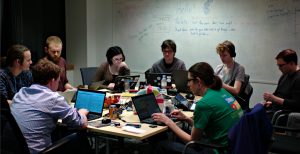 I was surprised to see that the documentation was put on hold the day I left and none of the changes done so far, during the decade, were updated in documentation. What I could do in a few hours, because it was my baby, took me more than a week as I had to dig down the code to the extent of last changes done and then incorporated the changes required. The last thing I ensured before handing over was to update technical and functional documents.