Industrial IoT to Surpass Consumer IoT in India by 2020

The two industry segments that will witness maximum utilization of Industrial IoT (Internet of Things) as per the latest report IAMAI-Deloitte report released today during ‘IoT for Smart India’ summit held in New Delhi. The title of the report is ‘Demystifying IoT for Digital Transformation’. Another key outcome of this report is about Industrial IoT surpassing the consumer IoT spectrum in India by 2020. A significant target set by the Department of Electronics and Information Technology (DeiTY) in their draft IoT policy is to take the IoT industry in India to $15 bn by the year 2020. If India is able to achieve it, it would be having around 6% share of the global IoT industry. IAMAI stands for Internet and Mobile Association of India. There is a significant adoption of IoT in India because of some of the new initiatives like Digital India and Smart Cities Mission. 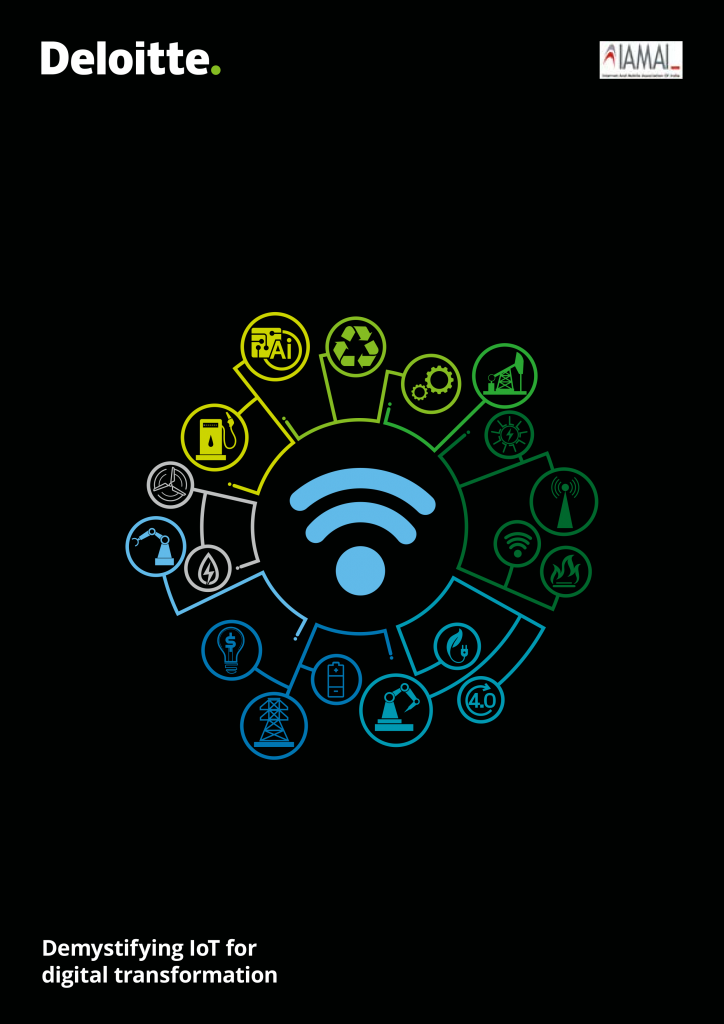 Industries across all segments are doing their best to take the maximum leverage of technology for growth. That, in turn, shows a steep rise in adoption of Industrial IoT projects. Most of these projects are taking place in Energy and Utilities, Transport, Logistics, Industrial Manufacturing, and Agriculture verticals. One of the major drawbacks is these projects are taking place in isolation thereby increasing the risk of repetition of efforts and energies, and wastage of money at the same time. A universal collaboration of vendors putting staggered efforts in these projects will not only ensure a tremendous decrease in the above risks but also help in gaining higher success and fast results.

“Internet of Things (IoT) as a technology is receiving tremendous attention for the transformative potential it presents. By connecting the physical and digital worlds, IoT vastly expands the reach of information technology and throws up a myriad of possibilities given the ability to monitor and control things in the physical world electronically, and the availability of previously inaccessible data. IoT applications are being deployed across a wide range of use cases including utilities, transportation, agriculture, healthcare, manufacturing, retail, connected vehicles, connected homes and many more. Given the transformative potential and the significant economic impact IoT can drive for a country like India, IAMAI together with the industry, has launched a concerted effort towards catalyzing the IoT ecosystem in the country.”

“IoT is all set to truly transform and enrich our lives with its digital solutions and innumerous possibilities. India is well positioned to leverage the power of IoT to create massive growth opportunities in the country. At IAMAI, we are fully committed to contributing to this journey and are working closely with the Govt and relevant industry stakeholders to build a vibrant ecosystem that demystifies IoT and works towards developing policy, standards & best practices for IoT connectivity, device protocols, security, mass scale production and cost-effectiveness.”