What secrecy did for European procurement 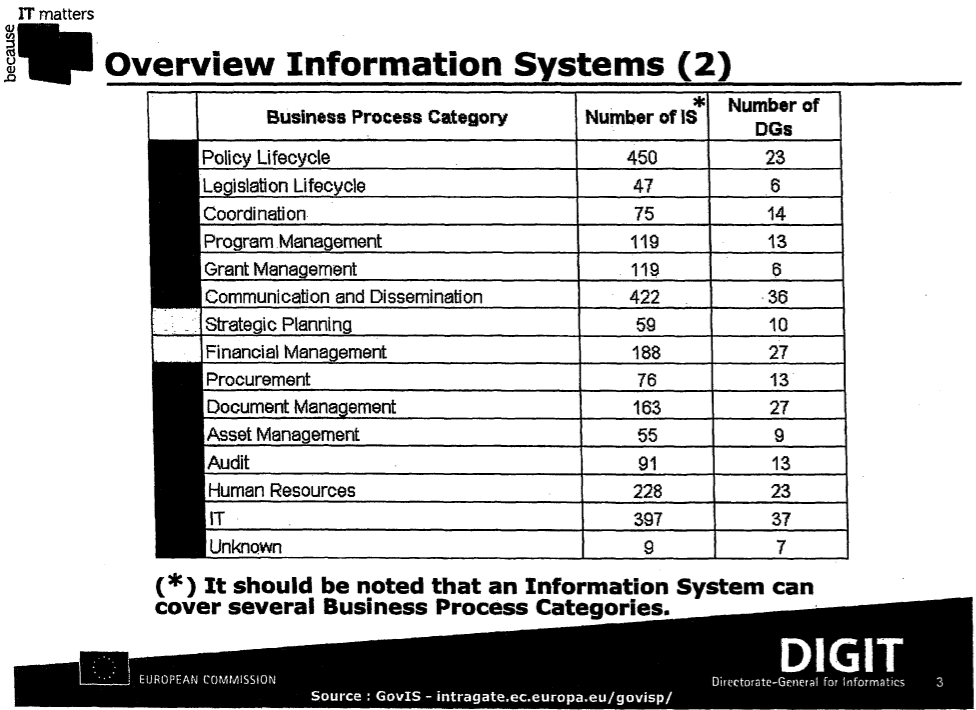 There’s no better example of how ICT suppliers have gorged on tax payers money than the European Commission.

Even if you were to be fair to the IT industry and say, okay we’ll work on the assumption you aren’t a bunch of shysters, its still as clear as daylight robbery. Even if all 33 EC directorates bought all 15 systems they could possibly need to do business, that would still require only 495 systems. But 2,498?

The Commission’s response to Computer Weekly’s request for information about this mess indicates it is in danger of repeating the mistakes that created it.

Not only did the Commission refuse to release the rescue plan it sketched a year ago (over which it has still to make any decisions) it also refused to release a detailed breakdown of how exactly it spent this money.

This tactic will ensure the public exchequer remains the gullible plaything of unscrupulous software suppliers. But before we consider that, lets have a closer look at the little evidence we do have.

In 27 directorates. That’s almost three document management systems for each directorate that has them. They must have a hell of a time managing their documents. Because you can bet your life none of these document management systems talk to one another. Software suppliers design their systems so they don’t talk to one another, so they can cream more money off the exchequer that would be better spent on educating school children about the dangers of unscrupulous software suppliers.

Eurocrats must need a bloody phone directory just to find out which document management system their document is in.

In 10 directorates. That’s nearly six different strategic perspectives in each directorate with a strategic system. With such severely schizophrenic directorates, God only knows how José Manuel Barroso manages to get a strategic view of them all. Even Stephen Hawking would fail to get grip of that lot. He can only think in 11 dimensions.

That’s almost one policy system for every 1m of the EU’s 455m citizens. That’s not enough. I want my own policy system. I’ve got very specific needs. There’s clearly enough money sloshing around.

You get the picture

But you won’t get the full picture because the Commission won’t let you.

Which companies, for example, have been getting paid for this waste? And for how long? How much did their sales people earn by pulling the wool over the eyes of the civil service? Into whose pockets did all this money go? Whoever they are, their pensions are probably more well endowed than the working-age income of those poor souls EC money is usually reserved to help.

The Commission says it can’t release details because it would have “a detrimental effect on the Commissions’ financial interests”. But the evidence suggests all secrecy has done is provide cover for some outrageous waste and exploitation in the interests of greedy software suppliers.

How has the Commission allowed itself to get into a position where it has 119 grant management systems if its ICT procurement were itself not managed like a system of grants for exploitative software multinationals?

The full publication of this financial information would be of immense benefit both to the European software industry and the Commission itself.

EC director general Catherine Day doesn’t agree. That’s what she said in a letter to Computer Weekly. We said greater transparency would help the industry help the Commission.

She said “external interferences” might exploit the information to the detriment of the Commission. That might even work against the interests of European industry.

“I fail to see how disclosure would benefit specifically the European IT sector as compared to the IT industry in other parts of the world,” said Day.

Perhaps those multinational software suppliers that already exploited ignorance and secrecy in the European civil service so profitably would indeed be most the most adept at turning transparency to their own ends.

Day’s statement implies fear for the integrity of the Commission. It is a fear that to be transparent is to drop one’s guard. It may explain why the EC’s open source policy is still exhibits learning deficiencies. But the solution is not to sustain the shroud behind which the exploitative mess was created in the first place.

The solution is itself implied in the EC’s draft ICT strategy. It became the gullible plaything of unscrupulous outsiders because it put its trust in them. So they sold it 2,000 more systems than it actually needed.

The draft strategy says the EC needs the skills to better manage those “external interferences”. It proposes greater collaboration across the Brussels administration. It wants users involved in software development. It wants co-ordination of systems and processes across the 54 European institutions.

That’s a start. It would be a wasted effort if it merely used that nous to formulate procurements in the traditional fashion. Then all it would do is put itself in hock to 15 software suppliers under lengthy and expensive procurements.

More than half the EC’s €500m budget goes on support and maintenance it wasn’t able to identify when it signed on the dotted line. That will get worse if the result of the EC’s consolidation programme is the concentration of power into the hands of fewer suppliers, as is said to have happened in the last 10 years in the UK.

If the Commission could actually build the skills to turn its software systems into a collaborative forum over which it set the rules and retained the intellectual property, it would consolidate its systems under its own power, and those external influences would really be kept in their place.