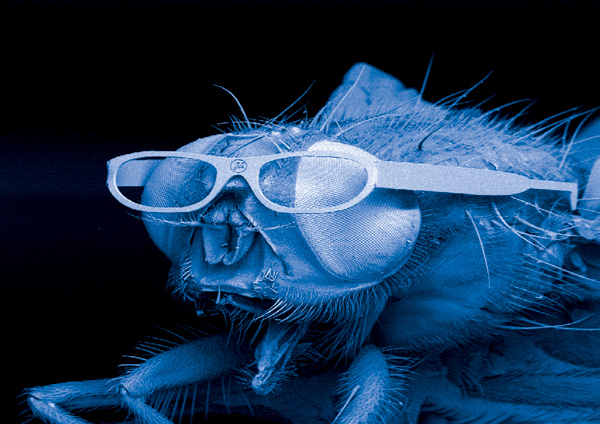 According the the Project on Emerging Nanotechnologies, there are now almost 600 consumer products made with nanotechnology, including computer processors by Intel and AMD, high capacity hard disk drives, battery pack systems and memory. Even the iPhone uses nanotech manufacturing. Got a minute? Browse the product list.

Who says the blogosphere is nothing but a hall of mirrors?

From the Wall Street Journal review: Some two in five Internet users in the U.S. read blogs, according to a 2006 Pew survey, giving citizen-commentators the potential for more influence than ever.

How, then, should companies deal with the world of blogs, as well as podcasts, social-network sites such as Facebook and other “social media”?

That question is at the center of “The New Influencers,” written by former Computerworld editor Paul Gillin.

Overheard – Vista, the walking dead of the operating system world

Stephen writes: There are many reasons why Vista is doing the zombie stumble. Microsoft has and continues to mislead customers about how much PC is really needed to run Vista. Even some of Windows’ most loyal users are finding that its poor performance, lousy software support and pathetic driver support is too much to stomach. And, last but never ever least, if XP isn’t broke, why “fix” it with Vista?

Now you might think some of this is legacy backlash. People don’t like change. They’d rather use Windows 2000 than XP, Windows 98 SE than 2000,and Windows ME more than…well, OK, no one liked ME. But I’ve been through these cycles many times before. This is different… I can’t think of a single reason to switch from XP to Vista. I’m not talking a good reason, I really mean any reason.

Also think China. And software called Road to Riches. What a name!

Todd Crowell writes, “Lenovo has been working steadily to become China’s first global brand. Two years ago, it changed its name from Legend to Lenovo (an invented word from Latin novo, meaning new) specifically because Legend was too common and already trademarked in the West.

In acquiring the IBM computer division, Lenovo gained the ThinkPad laptop and the ThinkCenter desktop, two of the best-known brands in the computer industry. Lenovo’s strategy is to link its name with the better-known products, until they become synonymous in the customer’s mind.

“There will be no doubt that ThinkPad is made by Lenovo, just like iPod is made by Apple,” says Deepka Advani, Lenovo’s senior vice president and director of marketing. The products will be produced under the IBM logo for five years. As the Lenovo brand becomes better known, the company will eventually drop the IBM logo and sell them as Lenovo brand ThinkPads and ThinkCenters.