No poop, Datadog loops in Hadoop

Cloud applications are built (at least they should be) for scalability and agility and movement and change.

As such, cloud applications require monitoring tools so that we can look at their workflow metrics, external dependencies,...

DataStax has run a survey with developers worldwide -- of 273 responses, only eight per cent of those surveyed thought that there were enough skilled people available to meet demand from companies for skills around NoSQL. The firm itself is a provider of database software for cloud...

Conferences come and go, but Apache: Big Data Europe and its sister event ApacheCon Core Europe 2015 is kind of special... as it's a pure thoroughbred user conference. 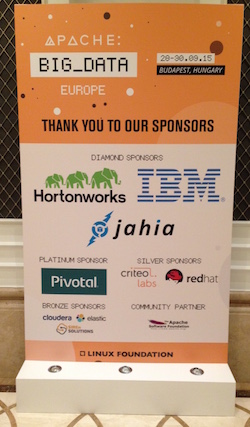 Platfora’s big data play: a full stack from preparation to analytics to visualisation

The growth of open platform tools for big data analysis is immense. 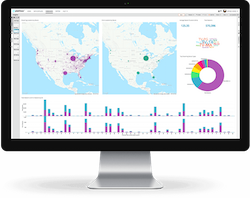 Couchbase CEO: How to understand benchmarks, from BS to belief

This is a guest post for the Computer Weekly Developer Network blog by Bob Wiederhold, CEO Couchbase.

Microsoft: big data analytics for everyone

Microsoft has its Build 2015 software application development conference almost within its sights now -- as such, its programmer portals are currently gleaming like a new START button.

MapR and Mesosphere are announcing a new open source big data framework (called Myriad) that allows Apache YARN jobs to run alongside other applications and services in enterprise and cloud datacentres. What is Apache YARN?

Apache Hadoop YARN (Yet Another...

Microsoft's open technology credentials appear to look better ever day. Are we all okay with this statement?