Android is set for an update and the next version is codenamed "O". The Google-developed mobile operating system has been in open beta for some time now, reaching alpha stage developer preview status in March of this year 2017. Final API adjustments are being made and the release date is...

Nearly 140 European app developers from 20 countries across Europe have written an open letter to the European Commission. The programmers (they list their names at appdevelopersalliance.org) want the commission to consider...

Researchers from IBM's X-Force security division say they have discovered a number of high-severity vulnerabilities affecting more than 55% of Android...

Take two ‘medtech’ apps & call me in the morning

Your technology term of the day is "medtech". 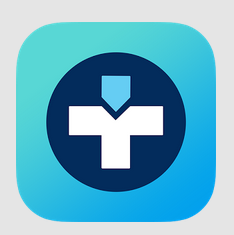 Obviously not too hard to work out, medtech (possibly...

Intel has announced a strategic collaboration (Ed - is there any other kind?) with...

Android Lapse It photo app: puts pro cameramen out of a job?

The rise in prominence of LibreOffice with what is now claimed to be 80 million active users is fuelling discussion around those Free & Open Source Software (FOSS) applications that do as good a job (if not better) as their proprietary counterparts.

Samsung Electronics and Google have teamed up to confirm that part of the Samsung KNOX technology will be integrated into the next version of Android.

Is Intel doing more than many of the other major vendors when it comes to facilitating Android implementation? The answer, quite possibly, is yes. Anyone signed up for the Intel developer newsletters will receive a string of alerts from the company we used to know as the "chip giant" -- is it now...

Which operating system will colonise the Internet of Things?

Connecting ourselves to the Internet of Things (IoT) is a process still in motion -- this we know to be true. As everything from traffic lights to fridges to cars to industrial turbines are empowered with electronic sensors and communication abilities, the "things" that make up the IoT...

Box is getting extra robotic on Android. With everyone from Tesco to LIDL to Dave's Bargain Basement Cash 'n' Carry of Peckham Rye selling tablets right now, the market for lower cost digital slabs is hotter than ever. BBC news reported this...