Once upon a time, (in December 2011 actually) Citrix Systems acquired Cloud.com and its CloudStack software infrastructure platform.

Citrix loved its citizens and said that CloudStack should be free and open for all the people in the land and so gave it to the Apache people.

Meanwhile, neighbours in the OpenStack encampment had a big party and invited lots of vendors to contribute and show that multiple open cloud platforms could all exist together and live happily ever after.

The big people at VMware and Amazon didn’t always take that much notice of what was happening down in the villager’s community and so just got on with ruling their empires and having a nice time.

During the battle of the API wars many people fought valiantly, but then CloudStack said they would support the Amazon API as it was the nicest and the shiniest.

Then what happened was Eucalyptus Systems went to the town square on in March 2012 and told everyone that Amazon Web Services and Eucalyptus had sat down to eat some roast boar and sign an agreement that enables customers to more efficiently migrate workloads between their existing data centers and AWS while using the same management tools and skills across both environments.

Lots of people were happy and some people thought that the cloud API wars were finally over, so there was lots of dancing and singing and more roast boar.

VMware didn’t feel as happy as everyone else and so wrote a blog on the town hall notice board telling people that the major open source cloud computing platforms were ugly sisters.

The nice man from VMware said that, “Last week, while the ugly sisters were squabbling, customers were getting on with business and choosing their Cinderella as VMware quietly passed the 100 vCloud service provider mark.”

Prince Charming (the customer) was a very clever and shrewd man and could see that there was lots of backbiting going on, so he adopted an open hybrid approach throughout his kingdom that have him gateways to use proprietary services when he wanted to.

They all blogged (and may eventually live) happily ever after. 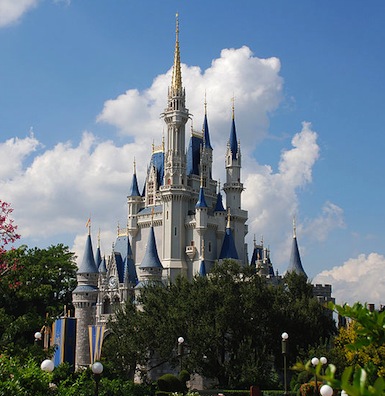