Microsoft gets it so right… and so wrong

The programming-specific press is in something of a maelstrom over the highs and lows of what Microsoft does so (arguably) well... and what the company still gets so (arguably, arguably) well, just a bit wrong. The firm's "oh alright then we like open source after all if everyone else does" stance...

How websites are smarter in the background than you thought

Samsung Electronics and Google have teamed up to confirm that part of the Samsung KNOX technology will be integrated into the next version of Android.

Linus Torvalds conducts an interview with the IEEE Computer Society to explain how he sits today in terms of his thoughts with Linux. Torvalds is as humble and genuine as you might expect. He explains that Linux "just did it differently" and explains how happy he is about "leaving something...

The open cloud revolution is crawling like a snail

A walk around London's Cloud World Forum exhibition in Olympia this week provides the casual observer with a number of things: 1. unlimited free 'corporate candy store' sweets 2. opportunities to win a 'GoPro', always the latest giveaway favourite 3. a view of the most proactive cloud players...

Red Hat 7, the opposite of Microsoft & OpenStack

Red Hat has deliberately slowed the pace of its flagship OS release schedule in a bid to lower operational costs and stop "driving IT guys crazy" with the need to update deployments. 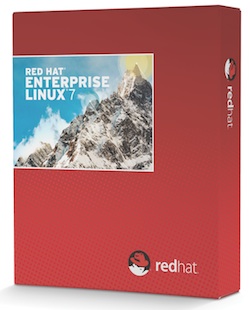 What do firms really mean by Hadoop leverage?

Does a day go past without a Hadoop update right now? -- clearly not. But why should this be so? Popular wisdom points to the problems associated with "complexity of deployment and management" of environments on this open source framework for big data storage and large-scale dataset...