I was recently interviewed by a new business startup forum about some of the key aspects of procuring WAN connectivity in the UK. The transcript from that interview has been sent to me for public domain release. I've pasted the content here. (Any questions, please let me know) Readers embarking...

What Samsung’s Smart TV is really saying about you

The recent publicity about Samsung's Smart TV listening in on private conversations has received a lot of public attention, but this latest privacy issue is nothing new to the technology community. The Internet of Things (IoT)--and the implications resulting from millions of Internet-enabled...

Companion resource: The Techtarget version of our free IT Managers step by step Global MPLS Network procurement Mindmap. Every risk, pitfall and opportunity outlined at a...

Can a piece of software really determine if you’re ready to quit your job?

The evolution of predictive analytics technology continues to be something to keep an eye on in 2015. Although the technique is nothing new to the average consumer – we see it every time Netflix recommends a movie or Facebook places an ad on our news feed – it might be time to pay closer...

Organisations should never be forced into a features and benefits conversation with their prospective service providers. The majority of network designs produced by our BT Business partnership surrounds hybrid technologies, perhaps VPLS across data centres, layer 3 MPLS at branch...

Wi-Fi connectivity is a great luxury to have in public places to power your favorite app, but what if your life-saving medical device relied on the wireless LAN to work? Hospitals are using wireless devices and equipment -- ranging from small patient monitoring sensors, to pharmacy inventory... 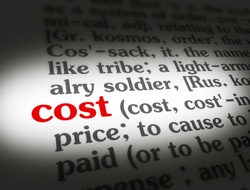 If your idea of obtaining...

US readers will no doubt tune out but wait. Although BT IP Clear is a UK based service, the technology refers (as a rule, there are exceptions) to unmanaged connectivity from BT. The US market is largely unmanaged vs the UK's preference for managed services when procuring WAN connectivity. So,...

One of the best Global MPLS providers?

It’s not really that hard to come up with a list of global MPLS providers from the usual suspects. There are a few lesser known providers worth considering.

If you think about the market place, you’ll no doubt list several of the major telco’s. I'm betting readers could list at...

I recently read a couple of good article UK MPLS & Global MPLS which got me to thinking about the differences between large and small service providers and how they serve the market...

Email a friend
12NEXT