The Cisco ASA CX Context-Aware Security, Cisco Prime Security Manager and Cisco ASA Intrusion Prevention System are no more sold by Cisco, Cisco recently announced End of Sale for the above Cisco Security Products. With the acquisition of Source fire, Cisco is powering up their Security Appliances like ASA with FirePOWER Services. 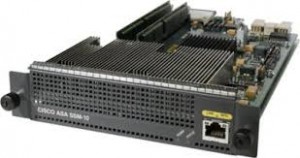 Those who are still using the traditional ASA CX Context-Aware Security, Cisco Prime Security Manager and Cisco ASA Intrusion Prevention System are advised to migrate towards to Cisco ASA 5500-X and 5585-X with FirePOWER Services. These ASA bundles are capable of delivering the power of ASA firewall with Sourcefire threat and advanced malware protection. Cisco is trying to capitalize on the these three things to make there mark in Next Generation Firewall market segment. Also Cisco is replacing the Cisco Prime Security with Cisco FireSIGHT Management Centre to mange the new ASA 5500 –X and 5585-X Appliances.