What is Palo Alto Virtual Router? 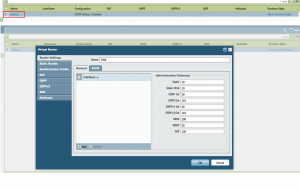 Palo Alto Networks Firewall is capable of supporting Dynamic routing protocols like RIP v2, OSPF ( OSPF v2 and V3) and BGP v4. The Palo Alto Network Firewalls comes with a Virtual router named default which can be used for routing provided the layer 3 interfaces or VLANs are part of that default Virtual router. One can also create a new Virtual Router and name it according to his/her organization standards and use it for both static routing and dynamic routing.