BISCI announced its newest standard, BISCI 002-2010, Data Center Design and Implementation Best Practices. The new standard BSCI 002-2010 is intended to reflect the growing complexity of the Data Center deployments and the need for Companies to understand the electrical, mechanical and telecommunications requirements while designing new infrastrucre of Data Centers.

The new standard BISCI 002-2010 includes the best practice, requirements and consideration for the Data Centre design including factions such as site selection, thermal systems, layout and security, and also the new standard is compatible with existing data center standards.

Jonathan Jew, Co-chair of the Data Center Standards Subcommittee and lead editor of the standard said: “BICSI 002 is a great resource for data center designers and operators because it provides a wealth of information on the subjects important to this audience-all in one place. It is the culmination of the efforts of more than 150 subject matter experts in a wide variety of disciplines related to data center design.”

“This is truly a great achievement for BICSI and our membership as BICSI 002-2010, Data Center Design and Implementation Best Practices is the ultimate standard for anyone working in the data center arena,” said Brian Hansen, RCDD, NTS, CSI, and BICSI President. “I’d like to extend a thanks to all of the Data Center Subcommittee members for their hard work and dedication in producing what we believe to be the most comprehensive data center standard to date.”

BICSI 002 is available for purchase at www.bicsi.org/standards. BICSI members qualify for a reduced fee.

Social Networking is coming to Enterprise Networks thanks to Cisco Quad

Seems to be inspired by the success of social networking, Cisco Systems is coming out with a new social collaboration platform aimed at Enterprises called Cisco Quad. Cisco Systems designed the Cisco Quad to take popular social networking tools and trick and blend them into a single platform purely for business use which is due to be released for limited uses in the first quarter of Cisco’s financial year 2011. Cisco Quad initially will be available in the U.S., Canada, the United Kingdom, Australia and New Zealand. 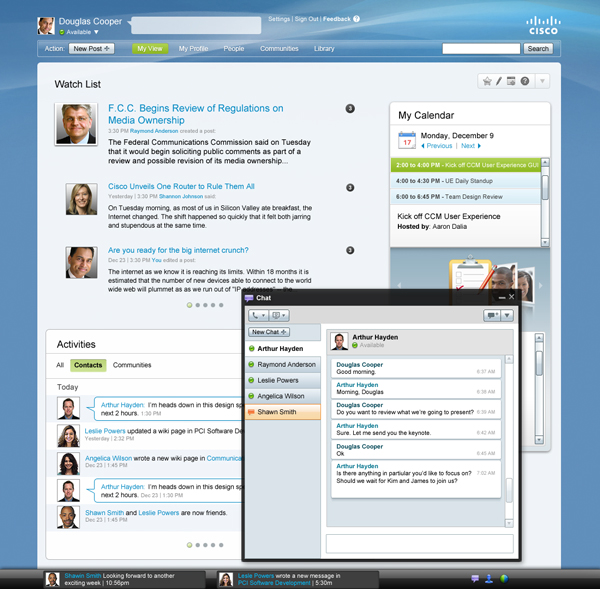 It’s a social way of dealing with everyday business, according to Murali Sitaram, vice president and general manager of Cisco’s Enterprise Collaboration Platform.

“We’ve borrowed from the Web 2.0 world,” Sitaram said, noting that Cisco has been working on Quad for about three years. “It’s a manifestation of social capabilities.”

I am looking forward to test Cisco Quad, which looks to be a useful platform.

Cisco Enhanced PoE is the answer for delivering PoE in excess of 15.4W per port.

In my previous post I was talking about the POE issues related to Cisco Aironet 1252 AP and the Cisco Catalyst 3570 E Switch, to resolve this Cisco Systems have an answer “Enhanced Power over Ethernet.

After posting my article I did a little search on Cisco.com and I found the following white paper

To support new and emerging technology, many of Cisco’s customers have an immediate requirement for PoE in excess of 15.4W per port. For example, Cisco has introduced a new wireless access point compliant with the IEEE 802.11n draft 2.0 standards. This wireless access point, the Cisco Aironet® 1250 Series Access Point, supports two radios, which use MIMO and other new technologies to increase the throughput, reliability, and predictability of the wireless network. However, to function at full capability, the Cisco Aironet 1250 requires 18.5W of PoE.

Cisco Enhanced PoE is by no means a replacement for or in competition with the IEEE 802.3at (PoE+) standard. It is simply a means of delivering PoE in excess of 15.4W per port to those customers who must immediately implement technologies requiring it and cannot wait for the 802.3at standard to be finalized.”

To read the complete white paper click this link. Also I am thankful to all those gentlemen who posted their comments and tried to provide a solution. The current IOS version of the Cisco Catalyst 3750 E Catalyst Switch I have  is 12.2(35)SE5, let me upgrade the IOS and see whether I can enjoy the enhance power capabilities of 3750 E Switch.

And when we checked the Cisco 1252 Aironet Access Point from the Internet Explorer we got this message. 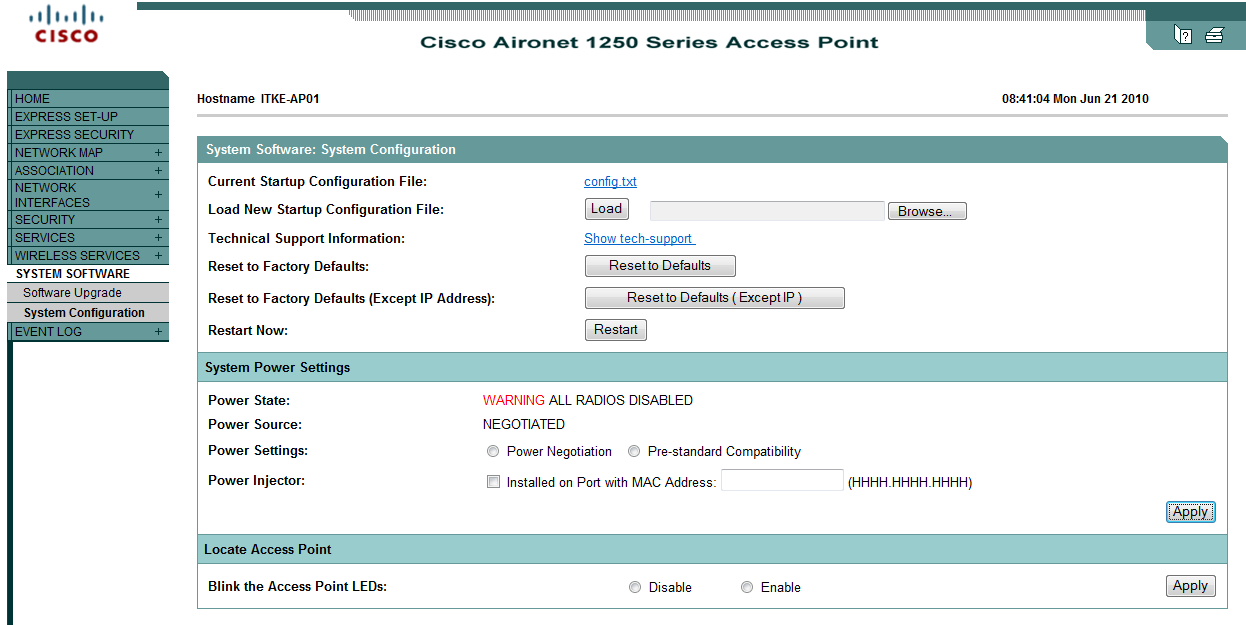 Looking at the logs and graphical view I figured out the Cisco 1252 Aironet Access Point shut downed its radio interface as it was not getting the sufficient power.

Normally the Cisco 1252 Aironet Access Point requires more than 16 watts of power, whereas the Cisco 3750 E Switch is capable of providing maximum of 15.4 watts. 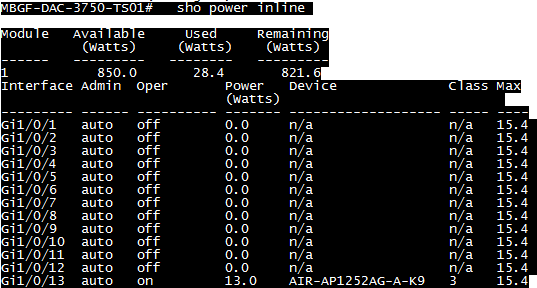 I am trying to find out a way to resolve these issues. The moment I get any resolution I will update you all folks.

Cisco Systems releases newest version of WebEx Connect IM, some of the features the newly released Cisco WebEx Connect IM (6.5) allows the users to access their contact lists and send messages via a browser –based IM client. With the browser-based IM client the solution can be accessible from any computer with any operating system, wow!

The Cisco WebEx Connect IM for Windows is now localized for French, German, Spanish, Italian and Japanese, further expanding its ease of use for global organizations.

The release of newest version of WebEx Connect IM brings logging on Server-side, which allows organizations to capture logs of all IM traffic for more efficient regulatory compliance.

Cisco Systems is hosting Techdays! Be part of it.

Would you like to join the Cisco’s technical experts for an in-depth discussion about the latest innovations-products, features and like experience the demos and roadmaps to develop strategies and deploy solutions that increases resiliency, agility and productivity, then you have a golden opportunity.

Cisco Systems is hosting successful Tech Days series in your region to keep you informed about the latest developments in borderless networks, virtualization, and collaboration technologies starting 9th June to 30th June 2010.

They are offering three tracks, unfortunately I am leaving the other part of the World, I know I am missing a great opportunity, I love Borderless Networks.

Learn how systems innovations across routing, switching, wireless, acceleration, and security help organizations deliver mobility, security, and performance to transform the way IT delivers and scales those services on the network.

– Focus: Using the Network to Optimize TCO and Business Agility

The proliferation of data center virtualization is promoting an architectural transformation from network to storage to computing. Learn how Cisco and its partners provide an adaptive IT architecture that enables organizations to realize benefits today and in the future.

How to configure a DHCP server in a Cisco Aironet Access Points?

When an AP is configured as a DHCP server, it can provide IP addresses to an Ethernet-capable PC connected to its Ethernet port or to wireless client devices that associate to the AP.

Cisco Systems into Storage? For SMB’s is a reality

Last night when I  read the WWDC 2010 opening notes and the release of iPhone 4 by Steve Jobs for a moment I was shocked when I saw the name iOS, what is Cisco Systems IOS doing here with Apple. 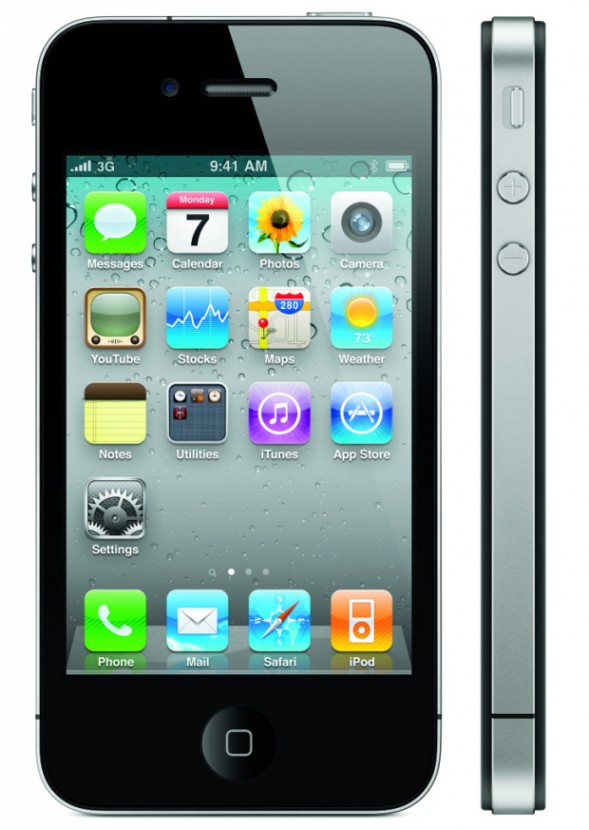 It’s clear Apple has changed the name of iPhone OS to iOS. We all know IOS is around more than two decades a popular Cisco operating system for Cisco devices.

Cisco has agreed to license the iOS trademark used for its core operating system to the Cupertino company which has decided that should be the new name of the OS powering the iPhone, iPod touch and iPad.

Since long time we are used to Cisco IOS version and few Cisco Switches with CatOS, now the era of NX-OS is coming. These days I am seeing more and more Organizations are moving towards Nexus Switches for their Core and Server farm. Since Nexus Switches are pretty new and they work with NX-OS.  NX-OS is different from IOS, in this article I will try to highlight on some of the key differences between NX-OS and IOS.

We are familiar with the traditional Cisco IOS command line interface (CLI); the CLI interface of NX-OS is pretty similar to Cisco IOS.

One of the key differences I have noted is NX-OS is when you first log into NX-OS, you go directly into EXEC ode.

NX-OS features are based on license model, where as in IOS what matter was the type of IOS you installed. A good beginning from Cisco as you can install the required features, more over you can try a 120 day license grace period for testing.  After 120 days of testing the features will be automatically removed. This is some thing you never experienced in Cisco IOS.

Cisco NX-OS has the capability to either enable or disable the features OSPF, BGP, etc. by using the feature configuration command.

I will try to come up with some more details in the upcoming post.