Survey finds mainframe is still key in the data center

So much for the pundits that predicted the demise of the mainframe decades ago – it’s slowly turning into “the mainframe that wouldn’t die.”

In survey results announced recently by BMC Software, 84% of participants expected steady-to-growing MIPS (millions of instructions per second) usage on the mainframe. The reasons for this growth? Availability, security, a centralized data management system and transaction speed, according to participants. Elsewhere in survey results, 60% indicated that the mainframe will take on new workloads over the next year. No surprise, though, on the top concerns of IT managers in weighing mainframe benefits – 65% see reducing costs as a top priority for their data centers.

The results clearly show that the mainframe is the go-to platform for heavy transaction processing in the business space. The launch of zEnterprise, with its cross-platform management in embracing both Unix and Linux, may have also helped the popularity of the mainframe heading into 2011. Survey results were comprised of data from over 1,700 mainframe users, with about half of the companies surveyed having big revenues of over $1 billion. You can also take a look at a full report of the findings. 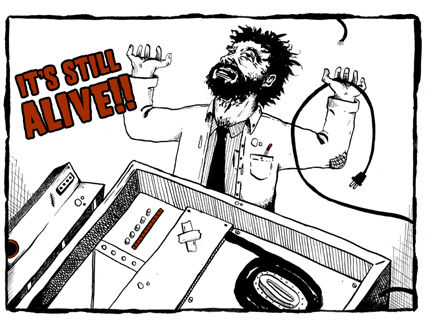