Now, more conveniently than ever, you can check your z/OS network performance from your daughter’s ballet recital.  Or while you’re watching Jay Leno.  Or while you’re even sitting on the toilet.  The sky’s the limit now that a network suite has been ported to the iPad.  Just make sure there’s a good cell phone signal or Wi-Fi connection.

William Data Systems just announced that its ZEN z/OS network monitoring software has been ported to the Apple iPad.  According to the company, the technology was shown at the SHARE conference in Boston last week by walking the iPad around the Hynes Convention Center to demonstrate its mobile monitoring prowess.  In speaking with Simon Cooper, ZEN Business Development Manager, on the ZEN on the iPad technology, I asked him if there would be future mobile support for items such as smartphones.

“We think touch screen capability, such as that provided by the iPad, will rapidly increase in popularity in enterprise computing,” Cooper noted.  “ZEN development will focus on supporting mobile user interfaces, regardless of architecture or brand, so in the future you can expect to see ZEN on Blackberry, Android and the iPhone.”

I also spoke with Cooper about how the technology works, and he explains that the core ZEN product is installed right on the mainframe.  The user can view and manage this mainframe network, in the case of the iPad, by starting its Safari browser, navigating to the ZEN site URL, and logging in securely.  ZEN on the iPad’s framework is based on AJAX and XML, which allows for optimal porting to new interfaces such as the iPad and future smartphone platforms.  According to Cooper, the port will be available at the end of the month.  Buy your iPads now.  All the cool IT admin kids will be monitoring their mainframes from Starbucks. 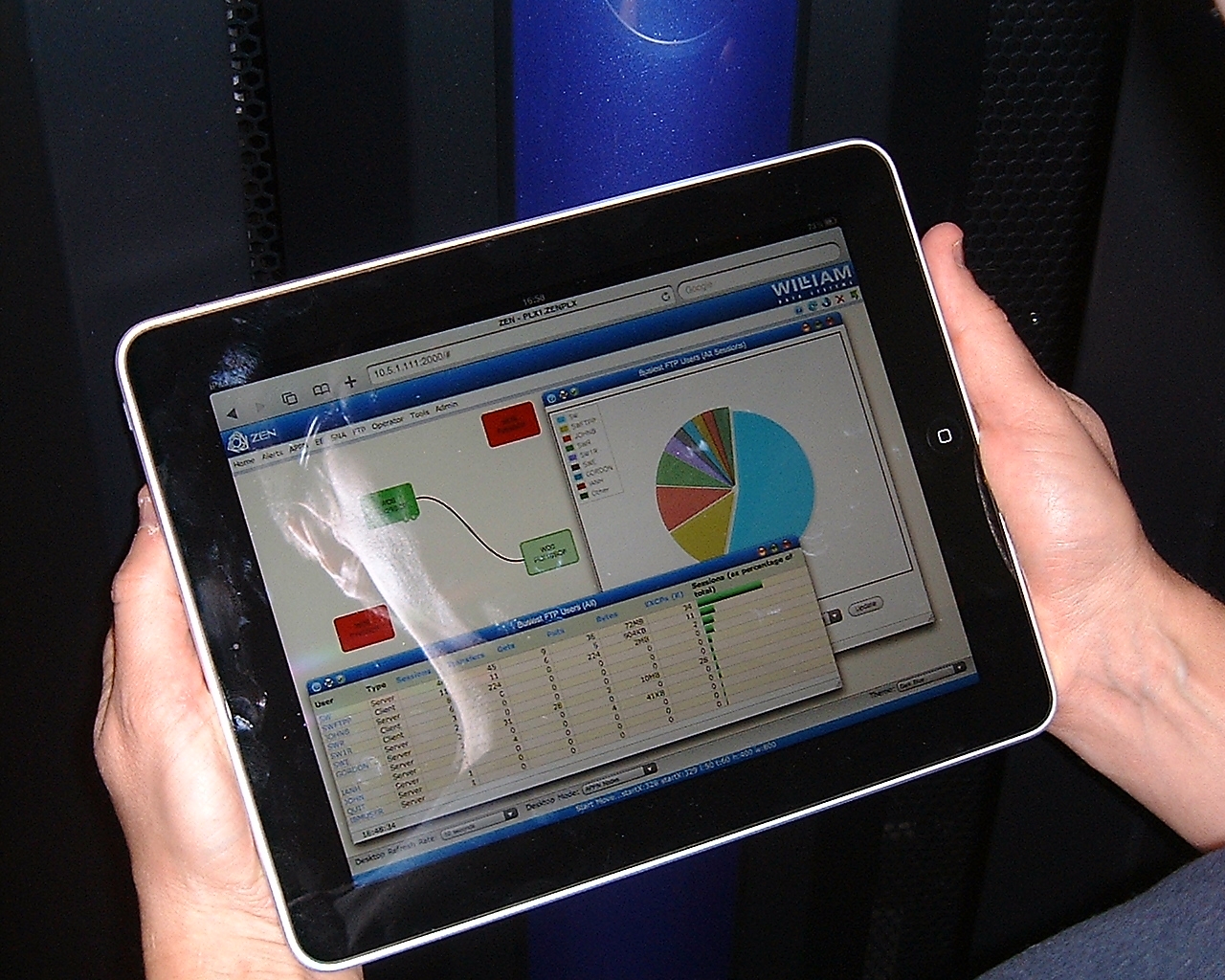