Pokémon mania is gripping the world following the hotly-anticipated release of Pokémon Go, the augmented reality game that is well on its way to becoming one of the most popular mobile downloads of all time.

In the latest manifestation of the Pokémon craze, which started in Japan in the ’90s, players walk around their neighbourhoods using their smartphone’s GPS and camera features to locate and trap endearing cartoon critters with names like Pikachu and Rattata. These are then levelled up in Pokémon Gyms (tagged locations such as churches and other significant buildings) and by fighting with other players.

Players are easily spotted because of their tendency to walk into lampposts and trip over things in pursuit of elusive rare Pokémon. 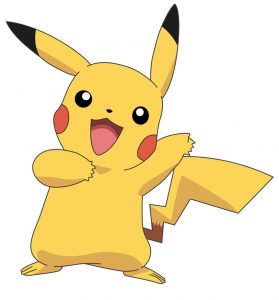 Already the game has been hailed, variously, as a public menace and an incitement to crime, or as a useful way to get people to take more exercise and meet new friends.

Already tales are flooding in from as far afield as Sydney, Australia, where residents of an upmarket block of flats are upset at hordes of teenagers trying to catch Pokémon in their building; to Wichita, Kansas, where the anti-gay Westboro Baptist Church denounced them as “sodomites”.

Well, with our keen interest in all things mobile, naturally the Computer Weekly team had to take a look. On downloading the app we found to our delight that numerous Pokémon are lurking around the office.

Even more can be found in the neighbourhood: one reporter hurried out at lunchtime yesterday to tackle an infestation of Pidgeys nearby.

Meanwhile it seems that our lunchtime drinking den (The George on Mortimer Street if you’re buying) is now a Pokéstop. This means it dispenses Pokéballs – little devices used to capture the animals – alongside refreshing beverages.

Anyhow, word reaches us that one of the rival tech mags has a Pokémon Gym in their basement, so we’re off now to wander into traffic and use up our data allowances.