The perils of modern journalism

Regular readers will know the deep commitment to quality journalism that Downtime embodies. As the cutting-edge blog of the Computer Weekly stable, within the office tales are legion of the lengths to which we will go to bring you, dear reader, a fresh and incisive take on the news of the day.

But the demands of modern journalism in the digital age bring a whole extra level of risk to our trade. Videos, for example, introduced unique new challenges – IT decision-makers corpsing at the site of our Argos handheld camcorders, for example; not to mention the difficulty for Downtime wordsmiths to have to string together a coherent sentence on camera.

But we doff our cap to both the interviewee and presenter on the BBC who faced perhaps the most perilous hazard possible – children. Worse – your own children – as a tweet from BBC producer Julia McFarlane revealed. Sadly the tweet and video was subsequently deleted, but not before other websites had grabbed a copy – click on the link below to watch.

As the screen grabs below show, we salute the harassed mother who practically flew into the room to rescue Dad from the ultimate live TV embarrassment as his little angels came to join him on camera.

This BBC interview is amazing. Just wait until the mum rushes in… pic.twitter.com/LGw1ACR9rg 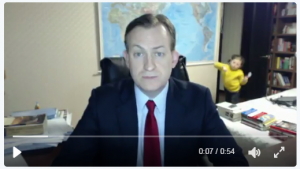 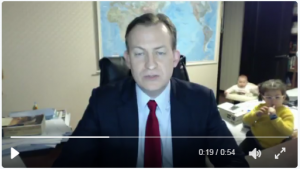 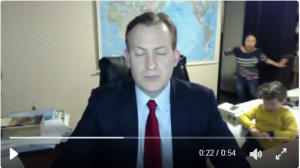 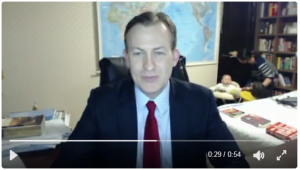