Who said men are not good at multi-tasking? Nearly three quarters of people who work on computers in bed are men, according to a survey by Infosecurity Europe.

More than a third of those polled on London’s streets admitted that they or their partners work in bed, probably without thinking about what that says about them and their partners.
In fact, 5% of people who work from bed, admit to averaging two hours a day.

“Mobile devices and laptops have delivered great freedom by enabling people to work when they are out of the office or on the move, but surely the fact that so many people are now working from bed is just going too far,” said Claire Sellick, event director for Infosecurity Europe.

But there is a darker side, she said, referring not to the lack of doing more exciting things in bed than work, but to the fact that the survey reveals the scale of the problem for IT security departments who have to secure sensitive communications or transactions, wherever they are being made.

“Of people who work from a mobile device, more than 1 in 4 admitted they don’t use strong security – so they are leaving themselves vulnerable to security breaches,” said Sellick.

Downtime takes comfort in the fact that 65% of those polled said they or their partners did not work in bed. Perhaps the majority are more security conscious, but Downtime suspects they simply have better things to do. 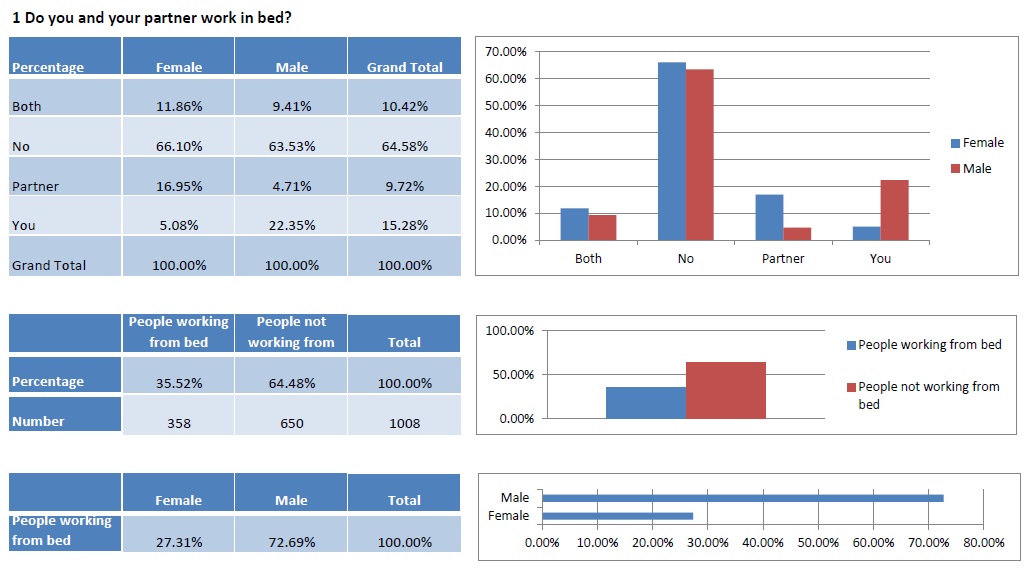