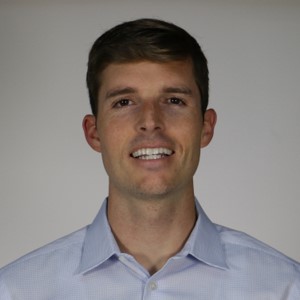 Until recently, if a car dealer, auctioneer or manufacturer needed to find a car on their property for transport, test drives or sales, someone had the daunting task of figuring out where the car was located. Seems simple, yet many of these campuses encompass multiple lots and decks across hundreds of acres, some holding as many as 25,000 cars at any given time.

Outside of driving (or running) for hours up and down aisles of cars, many lot operators decided to invest in expensive and often unreliable RFID, barcode, cellular or Wi-Fi tracking technologies over the past 10 years to make the process easier.

Cognosos, an Atlanta-based startup, approached the problem from a different angle 18 months ago, creating a wireless sensor network that could be offered at a significantly lower price point. Cognosos set out to change the operator experience of finding vehicles by creating a more efficient and cost-effective way for car lot operators to locate vehicles and track their movement over time.

Founder and CTO of Cognosos Jim Stratigos, a serial entrepreneur, came up with the idea for the application after spending several years studying software-defined radio (SDR) technology at the Smart Antenna Lab at Georgia Tech, where he had previously mentored startups. Stratigos was also familiar with the institution after earning two electrical engineering degrees from Georgia Tech. He knew SDR had been used in radio astronomy for decades and saw new potential for the technology in IoT applications if he could figure out a way to extend the range and battery life of a wireless network. SDR would also allow the physical layer of a wireless communications channel to be entirely determined by software, a promising perk that could reduce costs for potential IoT applications.

After securing grant money to develop a new wireless networking technology, Cognosos successfully applied it first to the automotive market by building RadioTrax, a disruptive IoT platform for tracking vehicle inventories. RadioTrax allows users to do quick searches within a web application online or on their smartphones and see in real time the location and movement history of any car across all of their storage lots and parking decks. As explained by a Cognosos customer, what used to take three or four hours was reduced to 30 minutes. And unlike RFID alternatives requiring extensive infrastructure and only showing the last known location of a car, the RadioTrax system displays the car’s real-time location, while its gateway is the size of a Wi-Fi access point.

A user simply scans or types in the car’s VIN, stock number or description into a smartphone or web interface and the car shows up on a digital map with instructions on how to reach it. The Cognosos RadioTrax tag is secured to the visor or hung from the mirror of every car and transmits a sub-GHz radio message using patented wireless technology. The RF device includes an accelerometer to detect motion whenever the car is moved.

Delivering a competitive and viable low-cost technology alternative to the market required innovation across all spectrums of the product, including the chip level. Cognosos used a low-power Silicon Labs Flex Gecko system-on-chip (SoC), which supports both 2.4 GHz and sub-GHz frequencies with long-range capability and a transceiver and MCU on the same SoC. The wireless SoC’s high level of integration helped Cognosos reduce the size, cost and complexity of its device. The end result is a wireless network that enables the in-car RadioTrax devices to wirelessly transmit location to the gateways over a range of one to two miles, depending on terrain. Large campuses can be covered with a minimal number of gateways, reducing implementation and ongoing operating costs.

Since launching the new product 18 months ago, Cognosos has grown quickly from a three-person to a 20-person company and is already working to expand its IoT offering to include both indoor and outdoor asset and inventory management tracking technologies. The company also has plans for new verticals in the future. Describing the company’s outlook, Stratigos said he sees any large outdoor area spanning hundreds of acres or more maintaining valuable assets with wheels (such as construction sites, airports, ports and so forth) as a potential customer, signaling the startup has a lot of opportunity in its future.