Video review: HTC Desire S – the S is for superior! (to the old Desire) 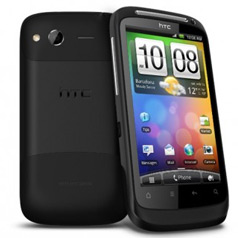 Last year, HTC unveiled the Desire shortly after Google released the Nexus One.

Both phones were hailed as iPhone killers and the HTC Desire showed how good an Android phone can be, especially with HTC’s Sense skin on top.

Following the success of the Desire, HTC decided to release the Desire Z, Desire HD and now we find ourselves with the Desire S and will have the Desire 2 at some point in the near future.

The Desire S is probably the phone that closely resembles the original Desire in terms of form but it gets a step up in every department.

My god this thing looks good. The pictures in this article don’t do it justice, seriously. Holding it makes me think I should add an ‘S’ to my name and start wearing cooler clothes. But then I realise that won’t make the slightest difference. In fact, I’ll lose a lot of street cred for trying to impersonate a phone.

So anyway, HTC is becoming quite fond of their unibodies and the Desire S is a slick cool looking handset sporting an aluminum unibody that oozes class.

One piece of lightweight metal wraps around the device which sounds like it will be heavy but it actually comes in 5g lighter than the original Desire.

The physical buttons have gone and been replaced by touch -sensitive capacitive buttons at the bottom, minus the optical trackpad (the roller ball thingy).

I liked the physical buttons and even had a soft spot for the trackpad but in reality the phone looks a lot nicer without them and doesn’t really affect performance.

The screen hasn’t changed much since the original Desire which is a real shame. Size and resolution remains at 3.7 inches and 480×800 pixels respectively. Why release an upgrade of a phone and keep the same screen? For most it isn’t a problem and for some it’s the perfect size. For me, size matters.

The Desire S gets a Super LCD screen protected by Gorilla Glass. You get vibrant colours and excellent viewing angles but it struggles in direct sunlight.

The Gorilla Glass is a very welcome addition as it means that, coupled with the aluminum chassis, it’s a tough cookie to crack!

The Desire S comes with a 1GHz Snapdragon and 768MB of RAM. The Snapdragon processor is the same one used pretty much everywhere except you usually get 512MB of RAM.

Don’t get me wrong, it’s a good processor but it’s the same one as the old Desire even though the Adreno GPU makes it run smoother.

The Desire S does come with an extra 256MB of RAM which is much appreciated and makes all the difference.

The phone is visibly quicker and can handle far more apps running at the same time than the original Desire.

Once again, we find the Desire S has taken a step up from the original Desire by packing an extra 50mAh of battery life taking the overall capacity up to 1450mAh.

That coupled with the device’s improved performance, due to the processor and RAM and you’re looking at an extra couple of hour’s battery life on heavy use and possibly an extra day with light use.

Compared to the original Desire, this is a fantastic improvement. 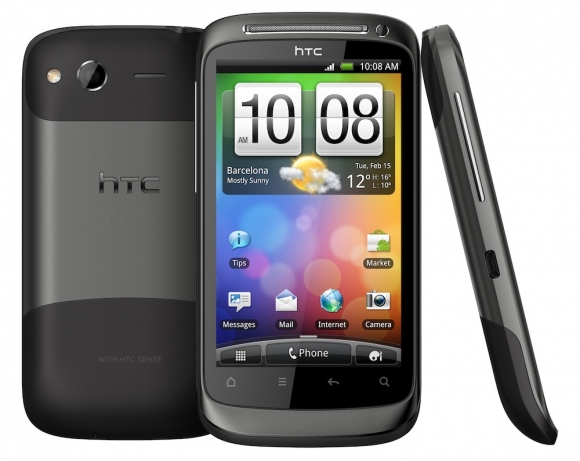 User experience on Android handsets doesn’t tend to differ much but the one manufacturer that has really made changes to it’s Android ‘skin’ is HTC.

HTC sense is by far the best version of Android out on the market, and they haven’t disappointed with their latest upgrade.

The first thing that struck me was the changes made to the clock on the homescreen, which can show you the latest updates from Facebook or Twitter instead of just having the option of the weather.

Also, due to the lack of a trackpad, text selection has been improved with the addition of a magnifying glass appearing to help you place the cursor more accurately.

And finally, their is a Quick Settings menu alongside the Notifications menu drop-down. This gives you a quick and easy way of accessing options such as WiFi, GPS, screen brightness etc.

These are just a few ways in which HTC Sense significantly improves Android and make using the phone altogether more enjoyable.

Worth a mention is that the you still get old features of Sense in 2.2 like being able to silence an incoming call simply by turning your phone over.

So far this review has been relatively positive… Until now. The camera isn’t awful, it’s just not an improvement making it poor when compared to other devices in it’s range.

At 5 megapixels with LED flash, as I said before, is not terrible but 8 megapixels is fast becoming the standard. As is 1080p video recording as the Desire S sticks to 720p.

Sadly there is no HDMI out meaning you can’t hook it up to a TV, which again is a shame.

Browsing on the Desire was relatively problem free and so the trend continues with the Desire S. A quick browser, pre-installed Flash, pinch-to-zoom functionality and having text reformatted automatically makes surfing easy and pain free.

The Desire S is definitely an improvement on the original Desire in pretty much every department except for the camera. The design-wise, the phone is gorgeous and the latest version of HTC Sense is a joy.

The problem is that if this ‘upgrade’ had come 6 months ago, then I’d be waxing lyrical about how great this is. But right now, this phone isn’t as competitive as it should be.

The current crop of phones have dual core processors, at least an 8 megapixel camera, 1080p video recording and a large high resolution screen.

The lack of all these features means the Desire S is a just above the mid-range smartphones and just below the heavy weights.