Hands on: Apple’s iPhone 5 and why I seem to be the only one who’s not impressed 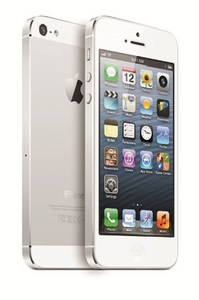 iPhone 4S launch: a huge disappointment to whom exactly?

I wouldn't call myself a seasoned pro when it comes to Apple events but I've been to enough to know what to expect.

On Wednesday evening I attended the launch of the iPad 2. I got the invite from my editor and one of the things that will always surprises me is the fact that Apple has...

iPad versus iPad 2 – Why should you buy / upgrade?

So, for Xmas you begged your Santa to buy you an iPad "I'll have so much fun! I'll learn loads and my whole life will be so much better!" and so after making sure ou weren't on the naughty list, he gave in.

Now a few months have gone by and now the iPad 2 has been released. So what can...

Video: iPad 2 – What You Need To Know

Steve Jobs and a couple of other senior Apple executives presented the new, much anticipated, iPad, displaying it's new features live on stage.

Video: iPad 2 – Hands on with iMovie!

This is an exclusive hands on video with the iPad 2. We've already talked about the look and how slim it is but what about performance?

In this video Jon Bentley, from the Gadget Show, plays around with iMovie and Garageband.

The iPad 2 for consumers, business and publishers

Last night saw the launch of the second-generation iPad from Apple, the iPad 2.