Bored of your gadgets? Trade them in at Argos 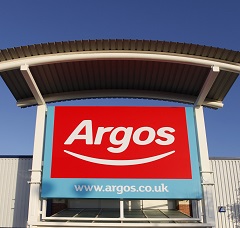 The trade-in service will be available in its stores across the UK to allow shoppers to trade electrical products for an on-the-spot swap.

Registered waste reduction charity WRAP helped Argos to introduce the initiative in all of the retailer’s 788 establishments following research that found UK residents are hoarding up to £1 billion worth of technology that’s no longer being used.

The service currently stretches to mobile phones and tablets, and should stop products from being sent to landfill when they could be recycled instead, which preserves reusable materials used in devices that are disappearing.

Currently 40% of electrical products are thrown in the bin when they could instead be recycled, but two thirds of consumers would be willing to trade these products in if they could do so through a reputable retailer.

The initiative is part of WRAP’s resource efficient business models, or REBus, project which is working with partners from the UK and the Netherlands such as Rijkswaterstaat, the Knowledge Transfer Network, The University of Northampton and the Aldersgate Group.

The project, which is backed by EU Life+ funding, aims to help businesses innovate to become more energy efficient and to provide pilots of more resource efficient business models.

Director of WRAP, Marcus Gover, says: “Our research told us consumers have an appetite for trading in and Argos is now providing a convenient and easy way for them to do just that and release the value from their unwanted gadgets.”

Devices can be traded in for an Argos gift card which can then be used towards a new device or to get your hands on any of Argos’ thousands of products.

The traded in devices then get recycled, or refurbished and resold.

Head of corporate responsibility at Argos, Amy Whidburn, says if this initial service goes down well with customers the company will think of extending it to other technologies in the future such as cameras, satnavs or laptops.