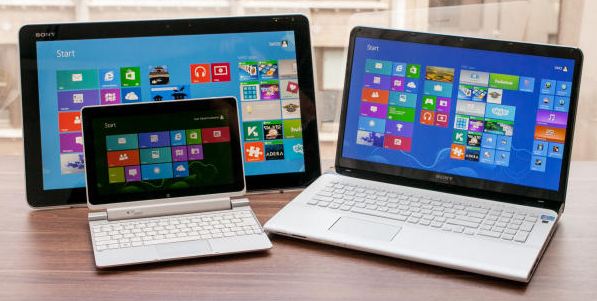 There are only 5 days left until the official launch for Windows 8, not only that, but Microsoft is also releasing its Windows 8 Tablets and Surface RT Tablets.

Personally I would stay away from the RT tablets as they will be using the ARM processor, apps purchased here will not be compatible with Windows 8.

Can you have too much choice? It’s an old adage, and I’m beginning to feel it again as I ponder what to do about getting started with Windows 8, which launches October 26. Do I want a tablet, slate, convertible, laptop, or laptop with touch screen? Where does Windows RT fit in? There are so many choices that I feel almost paralyzed in deciding. As a first step, which I hope will be useful to others, I’ve tried to organize the options. source news.cnet.com

The above source link will help you decide which type of hardware to buy, be it the Surface, laptop, slate, or convertible laptop, along with more resources at the end of the article, it’s a good read and it might take some of the confusion out of the Windows 8 launch.