In IoT, Data matters more than Things – and here’s why 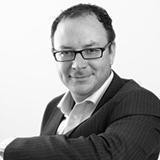 While massively hyped, the IoT concept has matured in the last few years. There has been a growing focus on the importance of security and data governance, analytics at the edge and other technologies and platforms that are necessary to make projects successful.

It’s easy to concentrate on the wrong elements when it comes to thinking about, or even implementing, IoT. That’s because the term, first coined by Kevin Ashton – a British technology pioneer who co-founded the Auto-ID Center at MIT – focuses on two aspects of IoT: the Internet and the ‘things’ themselves.

The ‘things’ refer to sensors and other smart devices with the ability to monitor an object’s state, or even control it using actuators. Ashton envisaged that when such sensors and smart devices were on a ubiquitous network – the Internet – they would have far more value, and he was quite right.

What’s missing from the phrase ‘Internet of Things’ is perhaps the most important piece of the puzzle – the data itself.

If the sensors and smart devices do not capture data, they are clearly not as ‘smart’ as you might think. But it’s worth remembering that some sensors are actually relatively ‘dumb’ – doing little more than taking occasional temperature or pressure readings, for example.

But whether capturing data from sensors or smarter devices, if organisations are not in a position to somehow ingest, process and analyse that data, then it becomes worthless, and the IoT project will be considered a failure.

With the latest data ingestion, processing and analysis needs of IoT placing so much pressure on older, more traditional data platforms, we have identified a number of technologies that we believe are becoming even more important in the era of IoT

While it’s not an exhaustive list – IoT is a very broad church and can draw on almost any technology in one shape or another – we certainly think that five categories of technology in particular are seeing an uptick in adoption as more and more companies establish how IoT might work for them, their partners and their customers. It’s worth bearing in mind the two-way nature of IoT though: it isn’t exclusively about ingesting data – there is also the importance of management tools and platforms, for example to take care of initial provisioning, updates and upgrades, re-configuration, diagnostics and remediation.

Nevertheless, I believe that these technologies on the data ingestion and analytics side of the house are becoming increasingly important:

In the next chapter of this blog mini-series, I’ll look in more detail at just why these five categories in particular are so important to IoT, and explain further why it’s a mistake to put too much emphasis on the ‘things’ in the Internet of Things, despite the fact that Kevin Ashton’s term doesn’t even include the word ’data’.