Caption competition and Infosec leaves Olympia for its neighbour 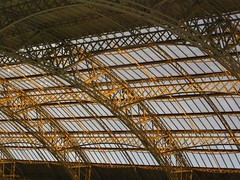 This week we take a look at twitter.... my fellow CW blogger Ian White has been analysing social media stuff this week and has posted on twitter and has set up his own

I've just been to a session that discussed the future of the e-Crime Unit, which the police are looking to set up to tackle online crime. It's been a bit of a "will it" "won't it"...

One thing I've noticed over the past few days is the huge growth in video interviews. Almost every publication is doing them, us included, and some vendors are doing live TV shows as well, such as McAfee below, to get the punters onto their stands.

What’s coming up today from Infosec

Today we are going off site shortly to speak to Clive Room of Portcullis to get his view of the show so far and what is everyone talking about in the pub (that's where his stand is!!). I'm also hoping we can interview Detective Superintendent Charlie McMurdie of the E-Crime Unit. David Lacey will... 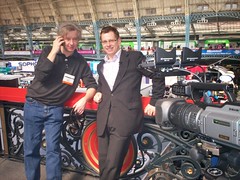 And I mean hot as in sweaty, but it's also very busy. So far we have interviewed Vinny Gullotto and Ed Gibson from Microsoft and Ray Stanton from BT and we have plenty more video interviews lined up for this afternoon. The PRs are relentless and once they see your badge they are pushing their...

Tomorrow sees the start of Infosec 2008. I'm going to be at the show for most of the next two days and will hopefully post a couple of times from the event. Computer Weekly will be of course be reporting on Europe's biggest security event and any breaking...

The funniest video I've seen this week with an IT connection has to be this song about the woeful experience at Heathrow's Terminal Five. We've been keeping a close eye on all the lastest sdevelopments at Terminal Five and if you want to catch up then see We have just released a new video about combating spam in the workplace and I'm really proud of the way we've put it together... It's a departure from our talking heads' videos and is a...