Informatica launches industry's first integrated platform for big data management said the press release headline in what is, arguably, something of an overstatement all round. 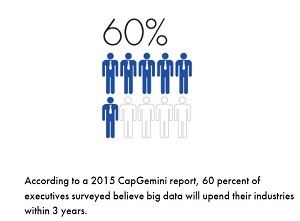 Where are all the real cloud toolkit technologies?

Not enough companies are talking about the guts of cloud mechanics. Areas we need more detail on include the implementation of automation controls, new security considerations for cloud environments, the real world deployment of governance layers -- and, crucially, application provisioning,...

Inside an SAP cloud application integration

TIBCO: how do we build the ‘social enterprise’?

The TUCON TIBCO User Conference is staged this week in Las Vegas at the extremely new and shiny Aria resort. In keeping with the current technology streams being championed and evangelised by many large scale IT vendors right now, TIBCO is working to make the social enterprise zone an accepted...

Much of the last decade's software application development publicity has been characterised by vendors at various segments of the application lifecycle telling us that a huge percentage of projects go bad and fail to deliver.

Failing to deliver: on time, on budget, on spec or even at...

The mechanics of cloud computing connections

CA Technologies used its recent appearance at VMworld 2010 Europe to hang out the flags for a new agreement to integrate its own CA IT Process Automation Manager with the VMware vCloud Application Programming Interface (API).

The integration, which according to official sources is under...

I read an analysis report this weekend by Alan Arnold who is CTO for systems management company Vision Solutions. Arnold's view of real-time data sharing is that it is a serious challenge for...