Looking at Changes in the PaaS Market 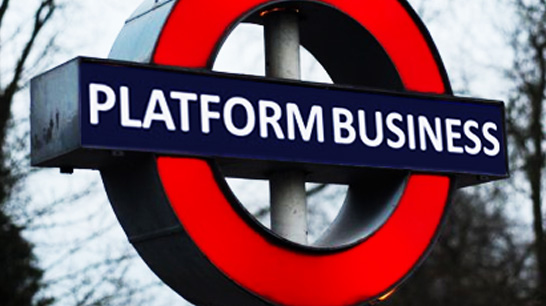 The Platform-as-a-Service (PaaS) market has been very interesting over the last 9-12 months. Let’s recap some of the highlights:

I’m sure I’ve missed a few other deals, but that’s $600M+ in VC funding into a space that is essentially going through a v2.0 evolution (v1.0 being the earlier versions of Heroku and Google AppEngine). Throw on top of that the $1B/qtr that AWS, Google and Microsoft put into their clouds, and the IBM “$1B bets” and the market is moving in the right direction.

Is the funding turning into revenues?

This is where things get more complicated to evaluate, since Pivotal (via EMC) is the only one of those companies that publicly reports their numbers – sort of. None of Google (AppEngine), Salesforce (Heroku), IBM, Microsoft or AWS disclose any details around their PaaS/Platform revenues.

Looking at Pivotal’s numbers, we can determine a few things:

But the variety of go-to-market approaches with PaaS/Platform offerings are still somewhat diverse (on-premises software, managed on-premises services, public cloud services, etc.), so making any assumptions about the overall markets based on one company’s financial reporting would be a mistake. What is needed is much more financial disclosure about the various public cloud services (e.g. IBM Bluemix, AWS services, Google Cloud Platform / AppEngine, Microsoft Azure services) to give us a much better understanding of the state of the PaaS/Platform market.

Architectural approaches are varied, but beginning to consolidate

While some people want to claim that their architecture is the de-facto choice, or declare themselves the winner in this market, IMHO it’s still way too early for those claims. Nobody is even close to $1B in revenues yet, and technology is a tres commas world.

Just 9 months ago, I wrote that the market was Structured vs. Unstructured. At the time, it was a decent attempt at segmenting the market. But in that short period of time, that framework has gone through significant changes. Now, the major PaaS religions seem to be:

There are still some powerful (technology) outliers, such as Mesosphere/Mesos/Marathon and Hashicorp/Nomad that will be interesting to watch.

This is a topic that definitiely needs it’s own series of posts, but the TLDR is that it’s still very, very early days for tools that will help a broad number of developers build these cloud-native, microservices applications. Things like SpringBoot/SpringCloud, NetflixOSS, Micro and a few others exist, there still seem to be more books about microservices than tools to simplify things for developers.

Most developers don’t care about networking. To them, it either works or it’s a convenient thing to blame. Unfortunately, it needs to work and someone needs to figure out how to make it work. And ever since the work went to virtual machines and now containers, networking has become much more complicated.

The good news is that some people (e.g. Weave, Romana, Docker/Socketplane, Project Calico…plus all the big networking companies) are focused on making it easier to network all these containers and microservices. The less good news is that it’s still evolving and new architectures still have to be created.

A long way to go…

The PaaS/Platform market is still in very early days and is still rapidly evolving. The good news is that we’re still seeing VC funding flowing into the space (even if funding markets might be getting tighter) and we’re seeing the technologies mature and evolve. The other good news is that we’re seeing more end-user companies (e.g. “customers”) taking a more involved role in what technology will impact their business going forward.

The less good news is that the scoreboards and balance sheets are still pretty fuzzy, so betting on a winner is still complicated. I suspect that we’ll continue to see many companies stand up at multiple keynotes over the next year, talking about their deployments with various technologies and companies.