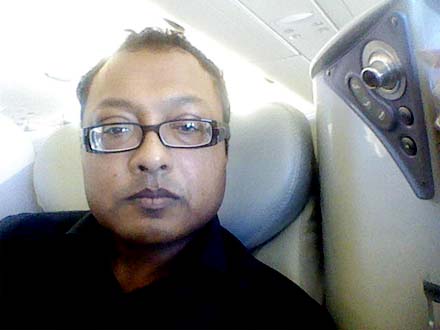 I have been a guest of Emirates today at its network control centre in Dubai, I am currently on an Airbus A380...

In his keynote presentaion at VMworld in Copenhagen, Paul Maritz, chief executive office at VMware, said, "One of the ways to categorise computing is by the type of application. In the cloud, we are seeing the emergence of a new type of applications, which cannot be done on a traditional...

Join up the cloud for end-to-end services

NHS National Programme for IT: a lesson in project scoping

ChromeOS and the Acer and Samsung Chromebooks offer people an alternative to Windows-based desktop computing. What was interesting listening to the Google...

Brian Joyner got in touch last month regarding a blog post on how IT can take the driving seat for cultural change. However, when I recently interviewed Bill Jensen,co-author of Hacking...

Wikipedia: the true successor to the original web 1.0 vision

I was at an event yesterday evening looking at who would be the most influential person in IT in the last 100 years. Nominees were rated by their innovation, technological breakthrough, commercial success, impact on society and overall influence. Many of the nominees were of the web generation:...