Service Pack 2 set to XPire: Here’s what’s next for Windows 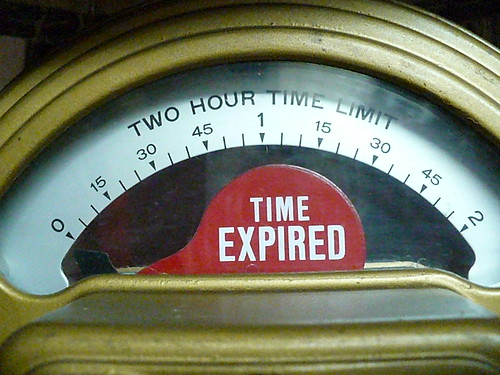 Don’t worry, this isn’t another Y2K-ish post about the end of Windows XP support—and civilization—as we know it. More like a friendly community reminder: Next week, July 13th, marks the end of support for Windows XP Service Pack 2. Your computer will most likely not explode into millions of tiny, useless pieces if you don’t immediately upgrade to SP3 or Windows 7, but you should be thinking about the next step for you or your company’s OS.

Not a big deal considering it’s been a long time coming, right? According to a poll from PC Advisor, 37% of respondents continue to use XP, but only 5.6% are using SP2 or earlier; 31.4% have already upgraded to SP3. Windows 7 is close behind with 30.6% respondents. Netbooks were the primary reason for the slow on-again, off-again demise of Windows XP, which is still the most popular operating system in the world with 62.55% market share. Now even that group of holdouts might be coming to an end: 81% of netbooks sold after April 2010 had Windows 7 installed.

What would an upgrade from Windows XP to SP3 or Windows 7 mean?

In general, reviews of XP SP3 don’t reveal any major changes. Other than slightly improving speed, at this point the upgrade doesn’t offer any major changes, especially not in the interface. The main perk? You can upgrade to SP3 at no cost and be set until 2014.

In Windows 7, whether it’s the design overhaul of the Taskbar and System Tray or the sleek, efficient window preview from the taskbar, the tweaks and improvements are slight but spot on. PC Advisor’s updated review of Windows 7 calls it the “least distracting, least intrusive Microsoft OS in a very long time.” But aside from being less annoying, Windows 7 has some pretty good numbers on its side. Findings in an IDC whitepaper [PDF] published last month cited that Windows 7 saves businesses an average of 43 hours per year, per user. Not all 43 hours are saved from Windows 7’s improved boot time; IDC reports that “end users spend considerably less time dealing with malware, downtime, and reboots.” Maybe it’s not such good news for end users that switching means an extra week of work, but that’s a pretty significant boost (finally, a cure for the economy?). It is worthy to note that the IDC study was sponsored by Microsoft.

Aside from the inevitable learning curve for those upgrading from XP to Windows 7, there are other reasons to stick with XP SP3 (or XP SP2 64-bit) for the time-being, whether it’s to stall for time before creating and implementing an enterprise-wide migration to Windows 7 or to save on the costs of such an overhaul. The truth is, however, that Microsoft’s ultimate goal is to get everyone to Windows 7 by or before August 2014. Whether you take the next fours year before upgrading your software or upgrading to new hardware with Windows 7 already installed, this is a great time to begin planning.

What do you have planned?

The impending deadline has been getting a lot of hype, but are you as worried as the press seems to be? What’s kept you from moving to Windows 7, or if you’ve already taken the plunge, how’s that working out for you? Are you part of the 94% of users that are happy with Windows 7 (as reported by Microsoft)?

Send your stories of how you’ve been handling (or not handling) Windows 7 to Melanie@ITKnowledgeExchange.com. We’ll share the best ones and let you pick three free books from the IT Knowledge Exchange library (we’ll keep your name anonymous if you prefer).