Maybe it was the equivalent of having a heart attack at a cardiology trade show, but a number of Interop’s early bird registrants found themselves on the receiving end of an IT snafu: Attendees were told to “Wait just 10 more minutes” as they were left to stare at an endlessly looping registration screen. 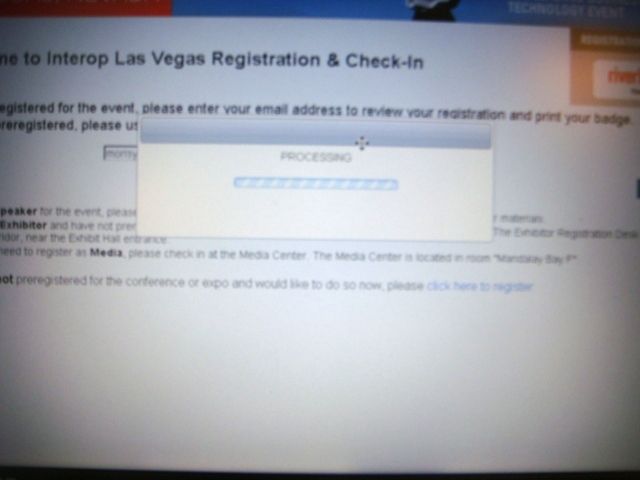 One bemused attendee quipped, “Is there an IT guy in the house?” 10 minutes later, there was still no sign of advancement as the self-service terminals, and the line continued to grow.

Eventually the aforementioned smart aleck begged off: He was on duty in a exhibitor support role to quietly show off his wares, and he had meetings to attend. Things proceeded relatively smoothly thereafter, with at least one more outage but few vocal complaints. Early birds might get the worms, but they also get the bugs, too.