Kevin Kennedy, Avaya’s president and CEO, said IP was able to consolidate or supersede dozens of other protocols like PUP and RIP and that the time was soon coming for SIP to take the same route, but a layer higher. Avaya was pushing SIP as the protocol of choice for voice, video, Instant Messaging and other types of communication, and Kennedy gave six core reasons why SIP was the right rule to ring them all: 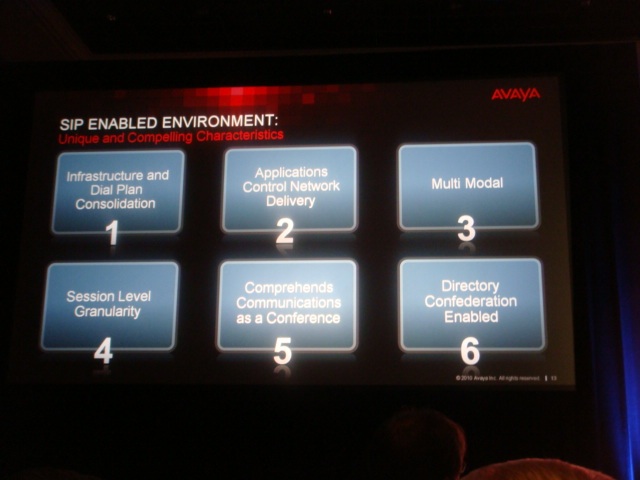 5) Comprehends Communications as a Conference

And while I certainly believe consolidation, standardization and interoperability are beautiful things, Avaya has an uphill battle, at least in the short term. SIP has been over-promised for years and years, while even full SIP compliance doesn’t guarantee the communications interoperability and unification Kennedy gushed about.

Still, it’s a beautiful dream and Avaya has big enough guns that it’s entirely possible, particularly as enterprises look to speed up deployments while reducing complexity.

Curt Franklin has a good write up on the rest of Kennedy’s Interop keynote if you’re interested in what you missed or want another perspective.